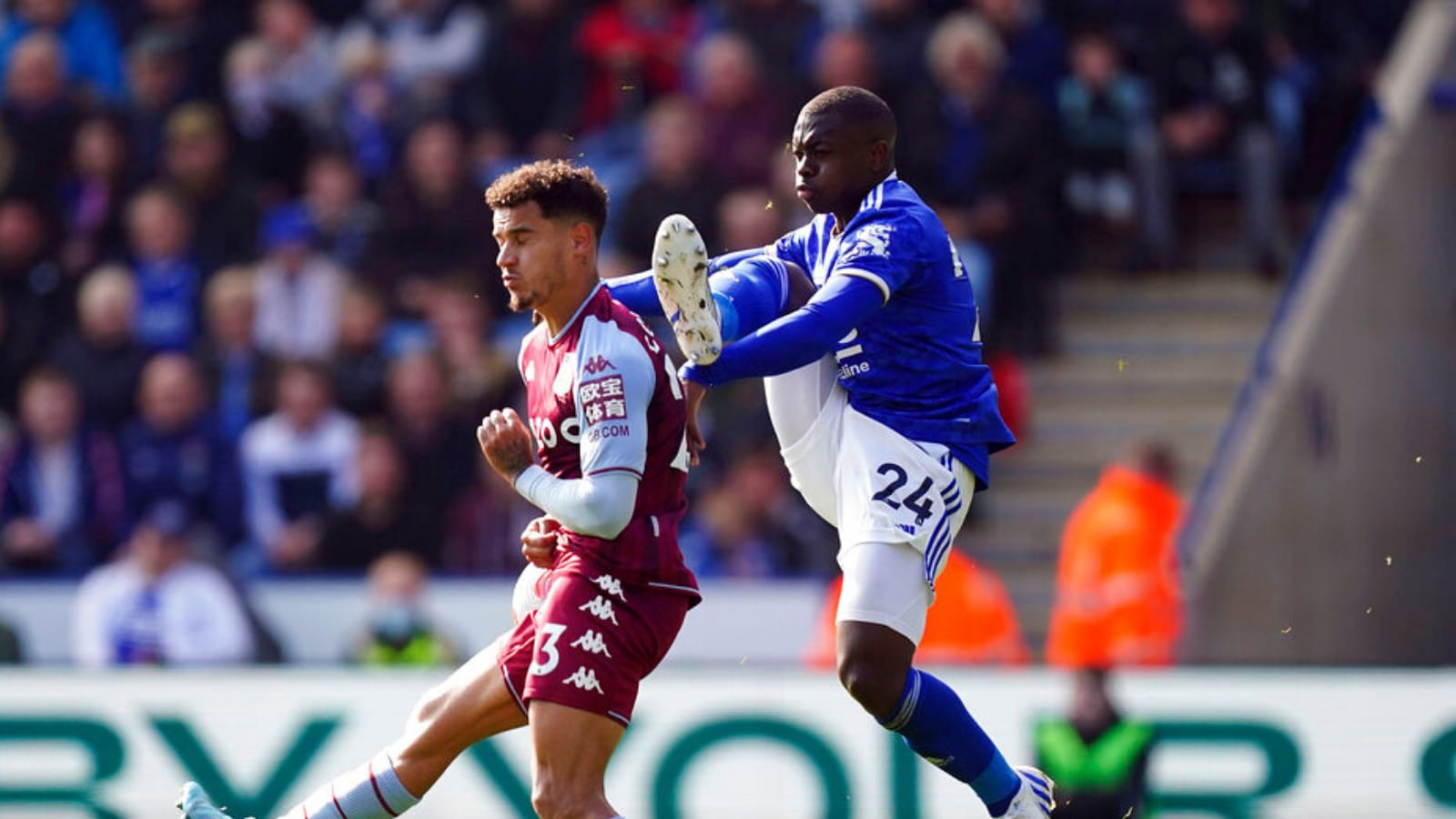 
A below-par Leicester City played out a 0-0 draw against Aston Villa at home in the Premier League on Saturday, a result that ended a four-match losing streak for Steven Gerrard’s visiting side.

Leicester are now 10th in the standings on 42 points while Villa are 15th, nine points clear of the relegation zone.

The hosts looked more likely to open the scoring in the early stages but fashioned few clear openings, with James Maddison’s curling free kick the Foxes’ best effort in an uninspiring first half from both sides.

Villa were more adventurous after the break as Ollie Watkins proved to be a constant threat with his darting runs beyond the Leicester backline but the visitors failed to trouble Kasper Schmeichel in goal.

“We came here to win the game and on chances we could have done that,” said Gerrard. “It is a tough game — they are well coached and a clean sheet was the least we deserved. We’ll take a positive point away, and that is a good base for the next two games.”

Maddison was among the few bright sparks for Leicester as the midfielder came close once again with a set-piece in the 81st minute before Emiliano Buendia almost grabbed the lead for Villa with an effort from distance minutes later.

“I thought we started the game really well and worked the ball into good positions,” said Leicester boss Brendan Rodgers. “But in the final third we couldn’t find the killer pass. Maybe that is a lack of energy because of the number of games we’ve played.”

Rodgers sent on Jamie Vardy for Patson Daka late on for his first appearance since early March but the striker barely made an impression as Villa held out for a point to move a step closer to safety.

“It is great to see Jamie Vardy back on the pitch. He needs more minutes to get up to speed… but hopefully he can contribute between now and the end of the season,” added Rodgers, whose side host AS Roma in the first leg of their Europa Conference League semi-final on Thursday.