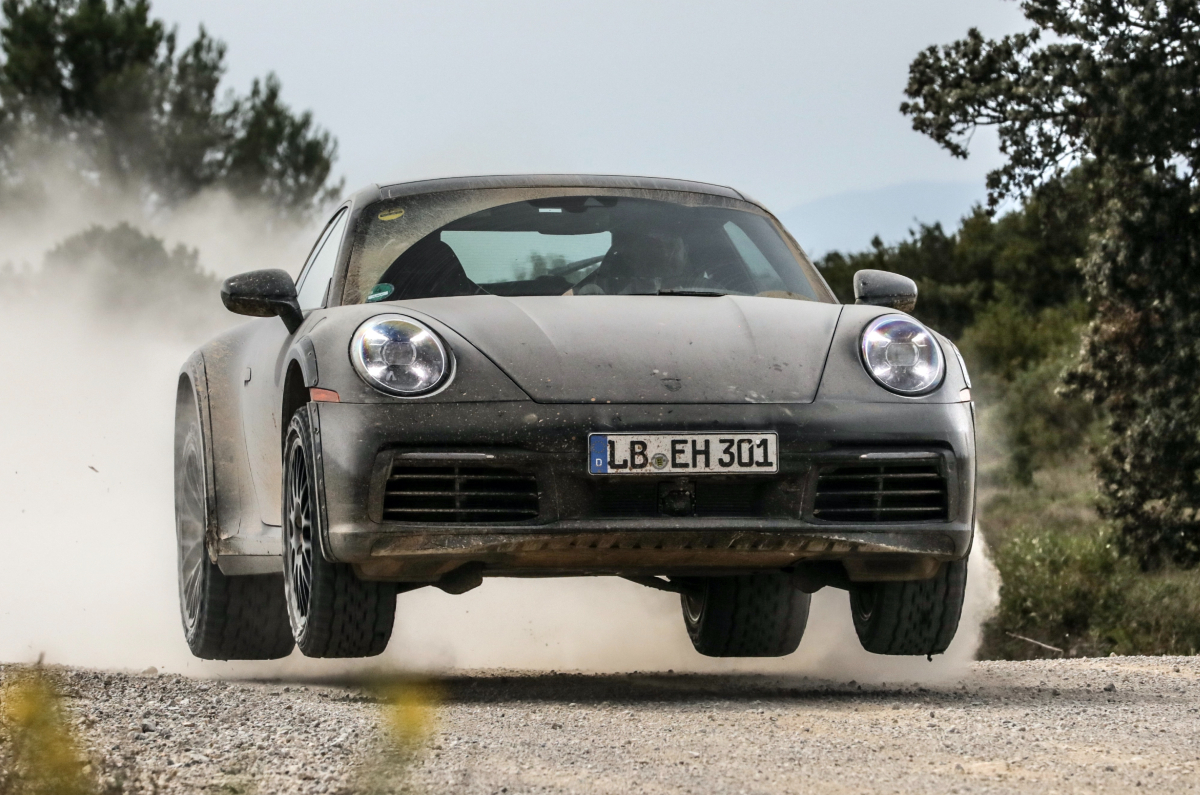 Porsche will finally take the wraps off the long-awaited 911 Dakar, a hardcore off-road edition of its flagship coupé, at the Los Angeles motor show on November 16, 2022.  As a tribute to Porsche’s victory in the 1984 Paris-Dakar rally, this spiritual successor to the 911 Safari was driven 5,00,000km (roughly 3,10,750 miles) over a variety of terrain – from snow and sand to ice and rock – as part of its test programme. Back in 2018, Autocar India was first to report about Porsche could do a jacked-up 911.

While Porsche hasn’t confirmed full drivetrain or modification specs yet, it is expected to share the same highly adaptable 443hp flat six that’s on the 911 Carrera 4S, given that the brand recently sent two specially modified off-road 911s up Ojos del Salado in Chile – the world’s highest volcano – with that engine.

The only confirmed change for the 911 Dakar over the standard car is an ABS system that has been optimised for work on loose surfaces, and a raised ride height that, we speculate, will be similar to the volcano-climbing cars.

Those cars were equipped with a raft of off-road enhancements, including shorter gear ratios, 310mm-wide off-road wheels and tyres, raised suspension for 350mm of ground clearance, lightweight underbody protection, a specially adapted cooling system and a roll cage – all of which would make sense on a similarly conceived production car.

As part of the test programme, the 911 Dakar was taken to the Château de Lastours test track in southern France, a familiar proving ground for Dakar rally cars. Being familiar with the 911 already, Porsche works driver Romain Dumas said: “I knew what a 911 could do on the road, but I was absolutely stunned by how well the car performed here on the loose.”

The car’s behaviour on other loose surfaces, such as sand, was tested in Dubai and Morocco, where it was repeatedly driven up steep dunes in 45deg C heat and delivered a “commanding performance”, according to Frank Moser, the vice president of the 911 and 718 model lines.

Two-time World Rally Champion Walter Röhrl commended the 911 Dakar for working “so precisely and calmly” after he drove it on Swedish frozen lakes. He said: “No Porsche customer will believe all the things you can do with this car before they’ve driven it themselves.”

Full technical specifications – as well as details of the 911 Dakar’s availability and pricing – will be revealed next week by Porsche at the Los Angeles Auto Show.

Next gen Porsche Boxster, Cayman to be electric-only