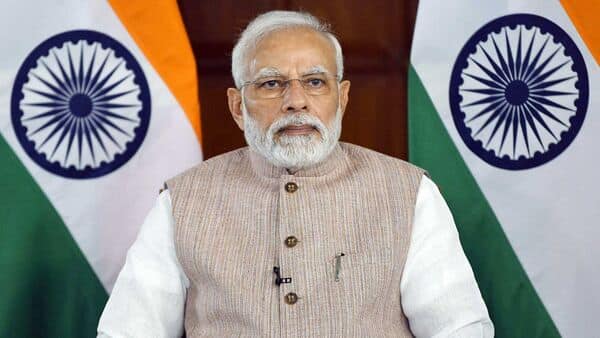 NEW DELHI : Stating that solar energy is changing the lives of the poor and middle class of the country, Prime Minister Narendra Modi on Sunday lauded India’s progress made in solar power generation.

“India is combining its traditional experiences with modern science, that is why, today, we have become one of the largest countries to generate electricity from solar energy. How solar energy is changing the lives of the poor and middle class of our country is also a subject of study,” PM Modi said in his monthly ‘Mann Ki Baat’ radio talk.

“In Tamil Nadu, there is a farmer in Kancheepuram, Thiru K. Ezilon. He took the benefit of ‘PM Kusum Yojana’ and got a solar pump set of ten horsepower installed on his farm. Now they do not have to spend anything on electricity for their farm. They are not even dependent on the government’s electricity supply for irrigation in the field anymore,” PM Narendra Modi added.

India aims to produce 50% of its electricity from non-fossil fuel sources by the end of the decade which would also lead to the reduction of total projected carbon emissions by one billion tonnes.

On the recent launch of 36 satellites in space, Modi said this would boost digital connectivity across the country.

Drawing a distinction from the “old days” when India was “denied” cryogenic rocket technology, PM Modi said that Indian scientists have not only developed indigenous technology but also launched dozens of satellites using the same technology.