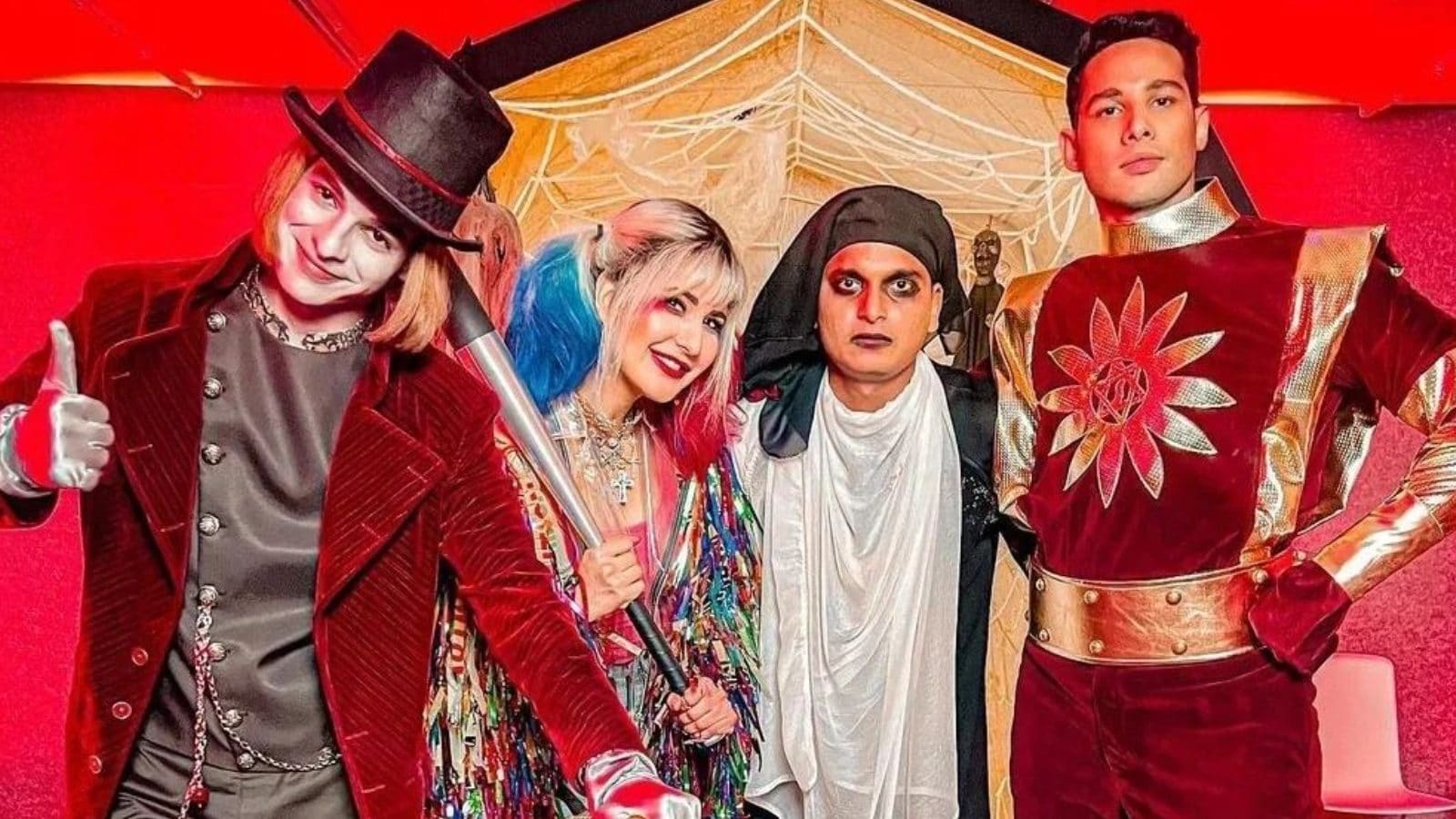 
Ahead of theatrical release of Phone Bhoot this weekend, the makers of the film hosted a Halloween party for the cast and crew. Pictures and videos from the party have surfaced online, and the lead stars – Katrina Kaif, Siddhant Chaturvedi, and Ishaan Khatter – have wowed the internet with their creative costume choices. Recently, a fan page dedicated to Katrina Kaif shared a string of pictures from the party on Instagram and by the looks of it seems like they had a blast.

The trio along with the crew is seen striking some fun pictures for the camera at the photo booth of the party. For the Halloween party, Katrina Kaif dolled up as Harley Quinn, a popular DC comics character. Ishaan Khatter dressed up as Willy Wonka, the famous character from Charlie and the Chocolate Factory. Siddhant Chaturvedi, on the other hand, dressed up as Shaktimaan, India’s superhero. The Phone Bhoot stars’ Halloween outfits have captivated both fashionistas and moviegoers. Take a look at some of the pictures from the Phone Bhoot’s Halloween blast.

The Khaali Peeli actor also took to Instagram to share pictures of his look from the Halloween Party. The actor took inspiration from Willy Wonka (played by Johnny Depp) from the 2005 film Charlie and the Chocolate Factory. Ishaan picked a black suit along with a maroon velvet trench coat.

Ishaan paired the outfit with a pair of gloves, a hat and a walking stick. If you are still second-guessing the similarity between Ishaan Khatter and Willy Wonka, these photos will put an end to your doubts. For the caption, he wrote, “Willy Wonka has some chocolates for you”. Replying to the post, Vicky Kaushal wrote, “Khatter-naak”. Sharvari declared, “I think you won the golden ticket today”. “Killed it,” commented Armaan Malik.

Katrina Kaif essays the role of a ghost in Phone Bhoot, which is helmed by Gurmmeet Singh. Actors Siddhant Chaturvedi and Ishaan Khatter will essay the role of ghostbusters in the movie. The film also stars Jacky Shroff and Sheeba Chaddha in crucial roles. Phone Bhoot, which is bankrolled by Farhan Akhtar and Ritesh Sidhwani under the banner Excel Entertainment, is all set to hit the cinemas on November 4.