More
HomeNewsPakistan may import tomato and onion from India amid a surge in...
News 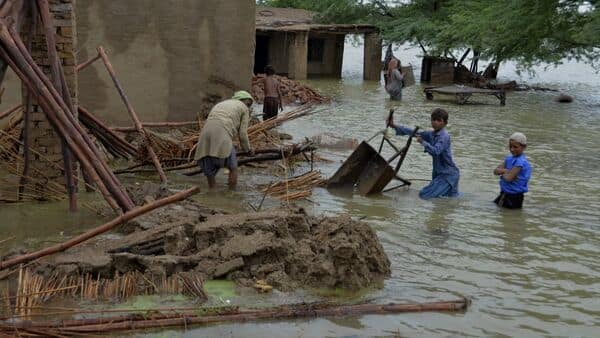 Amid massive surge in the prices of various vegetables and fruits Pakistan due to devastating floods, the Pakistan government may import tomato and onion from India, according to the market dealers here.

“On Sunday, per kilogram of tomato and onion were available in Lahore’s markets at around Rs500 and Rs400 respectively. However, in Sunday markets both commodities were available at ₹100 per kg less than that of those available in regular markets,” Jawaad Rizvi, a wholesale dealer of Lahore market, told PTI.

He said that in the coming days the prices of commodities will increase further as the supply of vegetables from Balochistan, Sindh and south Punjab has badly been affected because of floods.

“In the coming days, onion and tomato per kg prices may cross Rs700. Similarly, potato price has increased from Rs40 per kg to Rs120kg,” Rizvi said.

In the markets, the short supply of vegetables is because of destruction of the crops on thousands of acres by the floods in Balochistan and Sindh.

It is learnt the federal government is considering the option to import onion and tomato from India through Wagah border.

Currently, Lahore and other cities of Punjab are getting the supply of tomato and onion from Afghanistan via the Torkham border.

He said vegetables like capsicum or bell pepper are also short in the market due to the floods.

Cheema said the government would eventually import onion and tomato from India.

He said import of vegetables from Iran via Taftan border (Balochistan) was not viable as the Iranian government had increased taxes on its imports and exports.

He said the prices of date palm and banana would also go up in the coming days as most of the orchards in Sindh had been destroyed by the floods. Apple supply from Balochistan or other areas had also been stopped due to flooding.

According to officials, floods have claimed over 1,030 lives so far, with 74 deaths reported in Sindh, 31 in Khyber Pakhtaunkhawa, six in Gilgit-Baltistan (G-B), four in Balochistan and one in Punjab.