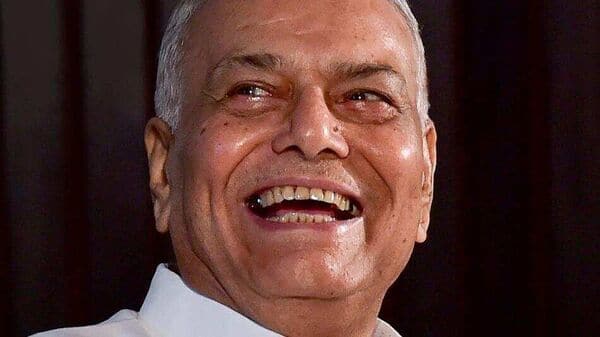 I have done much more for Scheduled Tribes and other disadvantaged communities than Droupadi Murmu, asserted the Opposition’s presidential candidate Yashwant Sinha on Thursday.

Sinha questioned his NDA rival’s record for the welfare of the tribal community in her various positions including as Jharkhand governor. He also stated that the BJP, he alleged, is depending on identity politics while the opposition is sending an ideological message.

With various ruling alliance leaders noting Murmu’s humble background and tribal identity to laud her candidature, he said: “She does belong to the tribal community. But what is it that she has done?”

“She was a Jharkhand governor. What steps did she take to improve the lot of tribals? Being born into a certain community does not automatically make you the champion of that community,” he added.

Amid questions in certain quarters on the opposition’s support for him despite his long association with the BJP before he quit it in 2018, Sinha said he was “proud” of his record as a member of the party led by former prime minister Atal Bihari Vajpayee.

“Look at the budgets I presented for five regular years when I was finance minister. Each budget carried special provisions for the weaker sections, including the Scheduled Castes, Scheduled Tribes and women,” he said.

“That was the policy of the government in which I was working. I can claim today that I have done much more than her for disadvantaged communities and tribals except that I was not born into the tribal community,” he added.

Though numbers in the electoral college for the presidential poll appear to be strongly tilted in Murmu’s favour, the 84-year-old bureaucrat-turned-politician said he entered into the contest with full conviction of winning and continues to hold onto it.

“I know there are indications from various quarters to suggest that parties which are in the middle will tilt more towards the BJP than towards us. These are early days. Things will change going forward,” he claimed, adding he will speak to members of every party for support after filing his nomination on 27 June.

He said he will travel across the country.

“When we began the campaign, the BJP was short of majority. Contest is open. I am in the contest and will ensure we give a good fight,” he said.

The basic function of the President is to be able to protect and preserve the Constitution, and whenever he sees the executive is crossing the line it becomes his duty to discipline the executive, Sinha said.

If you have a person in Rashtrapati Bhawan who dare not speak, then the executive will not be under control, he added.

Further, Sinha said that the current BJP is “unrecognisable” from Vajpayee’s BJP and alleged that democratic values are under threat in Prime Minister Narendra Modi-led government.

“Vajpayee was a great parliamentarian, democrat and consensus builder, and he would consult people within his alliance and also opposition members on important issues,” Sinha said, referring to the then government’s policies on Iraq war and Pakistan.

“This (Modi) government does not believe in consensus. This is the fundamental difference between that BJP and this BJP. This BJP is unrecognisable,” he alleged.

Attacking the current dispensation, Sinha said institutions, including courts, of democracy have been “devalued”.