On Koffee With Karan 7, Aamir Khan Talks About His First Impression of Kareena Kapoor 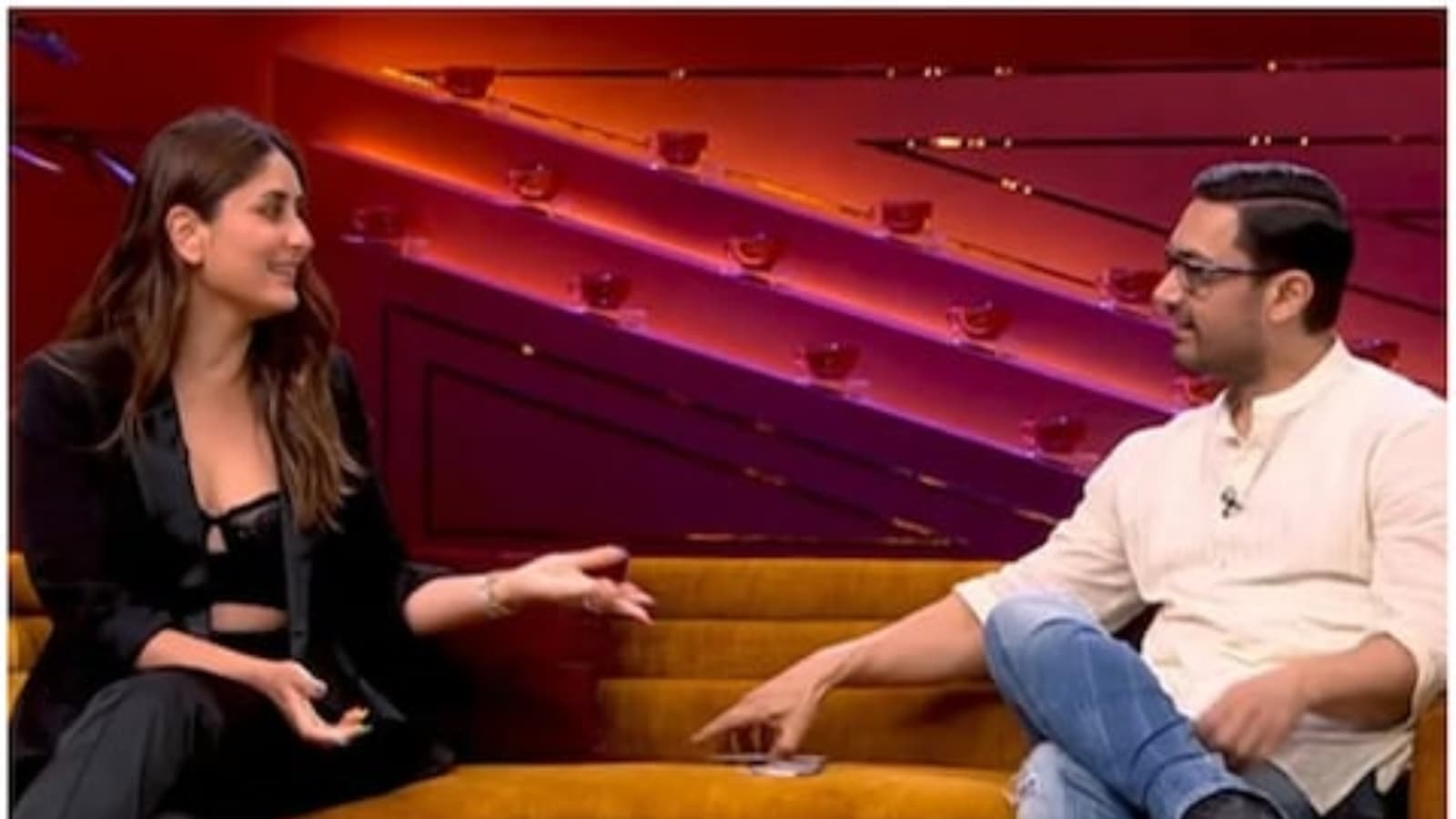 Having friendly banter with the show host, Aamir also disclosed that Kareena was not the first choice for the film Laal Singh Chaddha.

Helmed by Advait Chandan, the trailer of Laal Singh Chaddha has created quite a buzz.

Bollywood actors Kareena Kapoor and Aamir Khan were the latest stars to feature in director Karan Johar’s chat show Koffee With Karan season 7. Apart from promoting their upcoming film, Laal Singh Chaddha, the duo also spilled the beans on several other topics like Aamir’s confession about his first impression of Kareena and how the latter was not the first choice of Laal Singh Chaddha.

In the fifth episode of the latest season, when Kareena asked her co-star about his first impression of Kareena, Aamir was quick to give a reply. The PK actor said that during the shoot of his cult comedy Andaz Apna Apna, he would watch Kareena come to the sets accompanied by her sister Karishma, whom Aamir called Lolo. Revealing his first impression, Aamir said that he thought Kareena was an adorable 12-year-old.

Having friendly banter with the show host, Aamir also disclosed that Kareena was not the first choice for the film Laal Singh Chaddha. Both Aamir and the makers of the film were looking for fresh and young female actors for the female lead. Since the movie portrayed a span from 18 to 50 years, it was decided that the younger version of the female protagonist would befit younger female actors.

Laal Singh Chaddha’s casting director showed an advertisement video of newcomers to Aamir, for him to select the one best suited for the film. Coincidentally, the video also featured Kareena. When the director of the film, Advait Chandan along with Aamir watched Kareena’s video they were awestruck by it and decided to cast her instead in an instant. The Dangal actor added that after they were done watching the advertisement video clip, they could not think of any other actor to play the role.

Helmed by Advait Chandan, the trailer of Laal Singh Chaddha has created quite a buzz. The film is the official remake of Hollywood actor Tom Hanks’ romantic drama Forrest Gump. Laal Singh Chaddha is slated to hit the silver screens on August 11 this year.