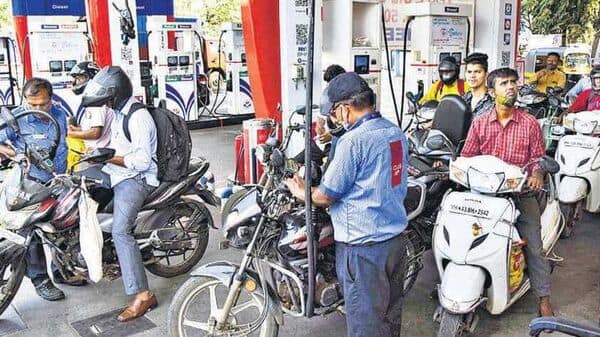 NEW DELHI: Oil marketing companies raised petrol prices by another 80 paise on Thursday, taking the the cumulative price hike, since M22 March, in the national capital to ₹6.4 a litre.

Petrol prices had touched a record ₹110.04 per litre in November 2021, while diesel hit an all-time high of ₹98.42 per litre in Delhi, before the Centre lowered the excise duty on transport fuels.

Global crude prices slumped more than $5 a barrel on Thursday as the US is considering the release of up to 180 million barrels from its strategic petroleum reserve (SPR) over several months to calm soaring crude prices.

Oil prices play a major role in India’s economy and the budget arithmetic as the country imports around 85% of its energy requirements.

The Indian crude oil basket, comprising of Oman, Dubai and Brent grades was at $109.59 per barrel on 29 March, according to data from the Petroleum Planning & Analysis Cell of the Ministry of Petroleum and Natural Gas.