Novak Djokovic to be detained in fight to stop Australia deportation 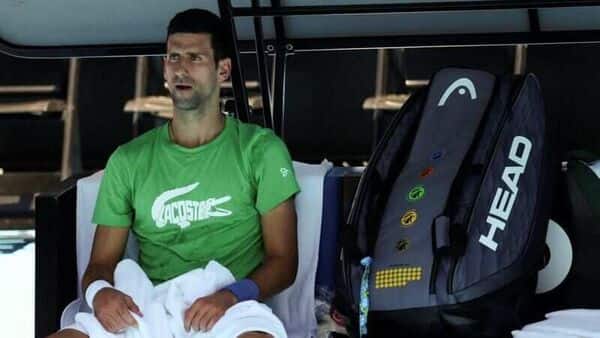 Tennis star Novak Djokovic is set to be detained by Australian immigration authorities once again as the government attempts to deport him a second time.

Djokovic will re-enter detention early Saturday after a meeting with his lawyers and immigration officials. The world’s top-ranked tennis player will remain in detention until the outcome of a court hearing to overturn the cancellation of his entry permit a second time.

Djokovic’s lawyers are challenging Australia’s Immigration Minister Alex Hawke’s use of special powers to revoke his visa on grounds of health and good order, and on the basis that it was in the public interest to do so. The decision reversed an earlier court ruling that quashed his first visa cancellation for procedural reasons.

While Djokovic entered Australia with a valid medical exemption from being vaccinated, the government said his presence may put lives and civil order at risk by increasing anti-vaccination sentiment, The Age newspaper reported Saturday, citing unpublished reasons for Hawke’s decision.

The government also said Djokovic demonstrated an “apparent disregard” for basic rules such as isolating after a positive test, which may encourage or influence others to emulate his conduct, the newspaper reported.

Public outrage has dogged the champion since his arrival in Australia last week following the revelation that he had secured a medical exemption to play in the tournament, unleashing a wave of anger in a country that’s endured some of the toughest curbs seen in the pandemic. While Victoria state granted Djokovic the exemption, federal officials overturned his visa on arrival.

Djokovic this week caused further controversy in Australia and abroad when he admitted that he attended a newspaper interview and photo shoot when he knew he was infectious with Covid-19. He also blamed “human error” for an incorrect travel declaration that he used to enter Australia.

Djokovic was entered into the Australian Open on Thursday despite lingering doubts over his ability to play as he attempts to win a record 21st Grand Slam title. The No. 1 seed was to face fellow Serbian Miomir Kecmanovic in his first match.