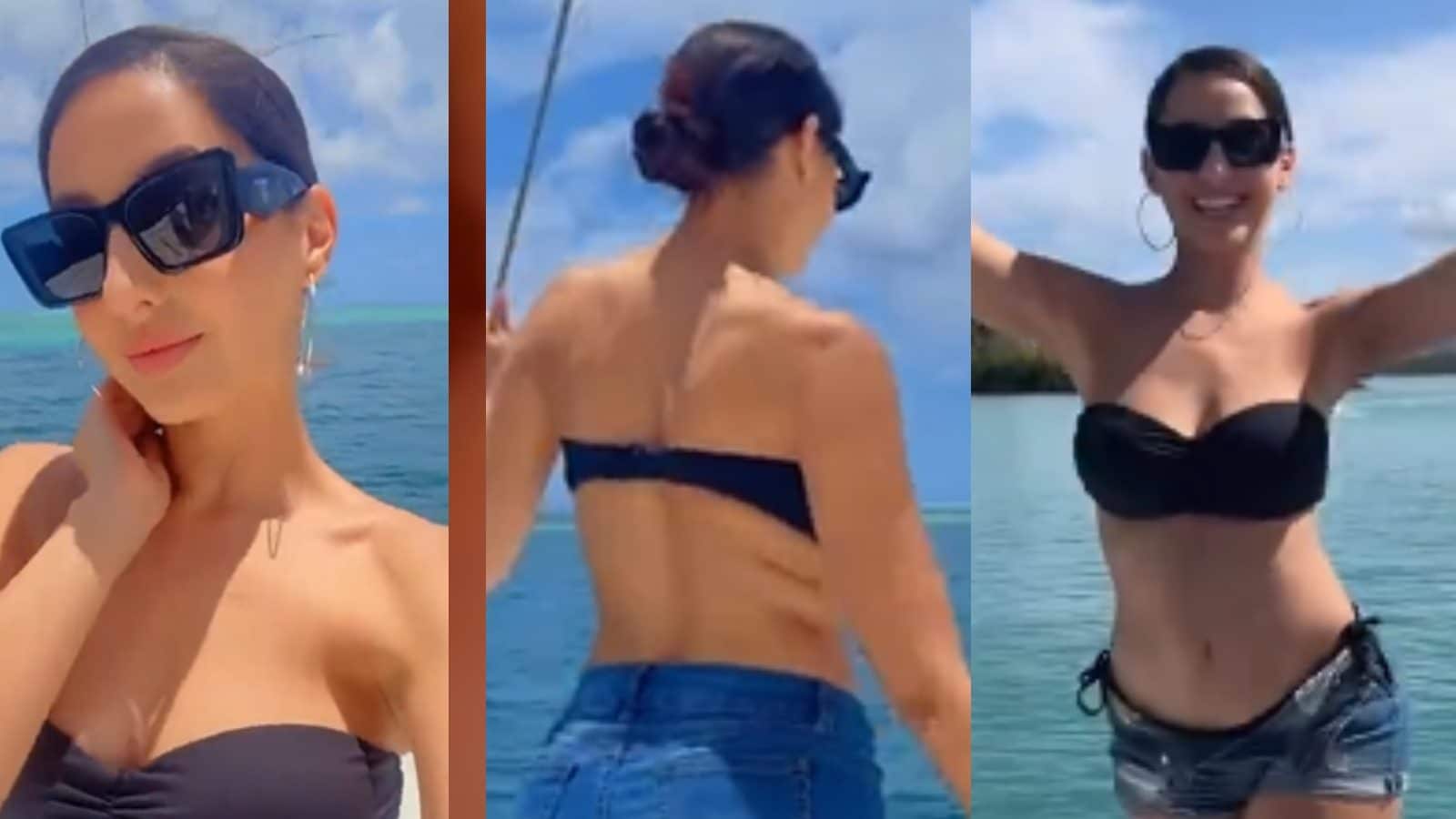 Nora Fatehi shows off her sexy curves in a bikini top.

Nora Fatehi has set the internet on fire with a racy video from her exotic vacation.

Nora Fatehi is a popular name in the showbiz world and those that follow her content on a regular basis. The owner of 43.1 million Instagram followers certainly knows what it takes to raise the stakes in the world of fashion and style. She gave fans another reason to go gaga over her recently.

Nora, who is one of the judges on dancing reality show Jhalak Dikhhla Jaa this season, took the internet by storm when she shared a racy video of herself enjoying her vacation in Mauritius. In the video, the actress-dancer can be seen dancing on the yacht with her friends. She captioned the post as, “Take me back. I belong on the beach…”

Nora Fatehi looked sizzling in a black bralette and tiny denim shorts. Her perfect bikini body has fans drooling over her. The actress is also flaunting her killer dance moves in the video. One fan wrote, “you look fantastic.” While another one said, “you are so beautiful ma’am.”

Bollywood sensation Nora Fatehi has cultivated a massive fan base through her unmatched dancing skills and magnetic looks. A true fashionista, Nora is famous for turning heads all around with her jaw-dropping outfits and sculpted face. She often takes to Instagram to drop her fiery hot pictures and sizzling dance steps, leaving her fans stunned.

Nora Fatehi is presently judging the reality show Jhalaak Dikhhla Jaa Season 10 with Karan Johar and Madhuri Dixit. She was last seen in the remake version of Sri Lankan singer Yohani’s viral track, Manike Mage Hithe, alongside actor Sidharth Malhotra in the film Thank God. Nora will next be seen headlining Sajid Khan’s film titled 100 Percent, along with actors John Abraham, Riteish Deshmukh and Shehnaaz Gill. She will be also joining pop icons like Jennifer Lopez and Shakira to perform at the FIFA World Cup in Qatar this year.