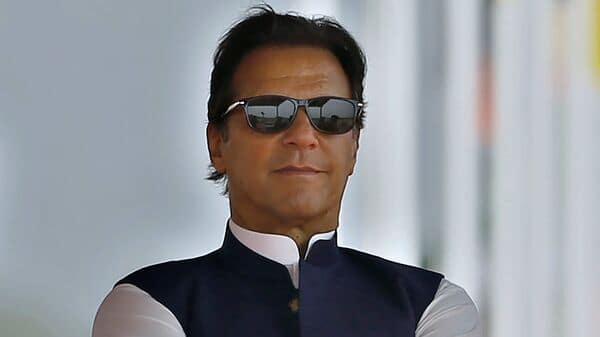 Lauding India as “khuddar quam” (very self-respecting people), Pakistan Prime Minister Imran Khan has said that no superpower can dictate terms to the neighbouring country, admitting that both New Delhi and Islamabad do not share a good relationship. The former cricket star spent the bulk of his nearly 50-minutes-long speech Friday on his allegations of a “foreign conspiracy.”

Despite Imran Khan-led PTI government’s hectic efforts to avoid voting on the no-confidence motion, the National Assembly will decide the fate of the premier today.

Here are the top quotes by Imran Khan

“Indians are khuddar quam (very self-respecting people). No superpower can dictate terms to India,” he said on Friday during his national address on the eve of a controversial no-confidence vote that looks certain to dismiss him.

Raising the foreign hand charge again, Imran Khan said both India and Pakistan got their independence together but Islamabad gets used as tissue paper and thrown away by the hand of foreign forces.

Pointing out at the “rampant horse-trading in the opposition camp”, Imran Khan asked: “Which country’s democracy allows these kinds of acts?”

“I am upset that when these things are happening openly, I have never seen something like this happen in a Western democracy. I have never seen people sell their conscience. The Supreme Court should take suo motu cognizance of such activities,” Imran Khan said.