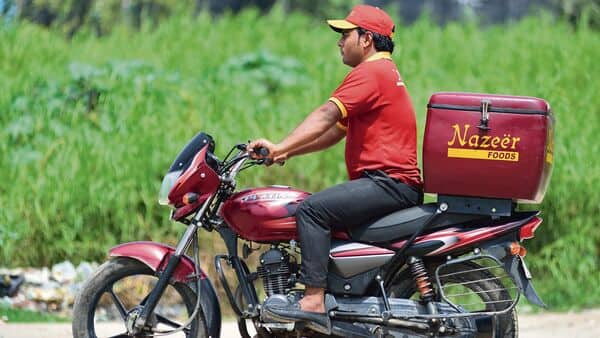 The policy think tank’s report titled India’s Booming Gig and Platform Economy, released on Monday, estimates that in 2020-21, about 7.7 million workers were engaged in the gig economy, accounting for 1.5% of the total workforce in India. This is expected to grow to 23.5 million workers by 2029–30, making up for 4.1% of the total livelihood in India. According to the report, at present about 47% of the gig work is in medium skilled jobs, about 22% in high skilled, and about 31% in low skilled jobs.

The concentration of workers in medium skills is gradually declining and that of the low skilled and high skilled is increasing, as per the NITI Aayog report.

It noted that “platformization” of work has given rise to a new classification of labour — platform labour — falling outside of the purview of the traditional dichotomy of formal and informal labour.

Apart from impetus through digitalisation, operating outside the traditional “employer-employee” relationship enables platforms to scale within and across geographies as well as sectors. “Policies designed by platform firms and governments need to keep in mind specific characteristics of workers in these sectors,” said the report. “India requires a framework that balances the flexibility offered by platforms while also ensuring social security of workers.”

The report said that giving paid sick leave, health access and insurance for all workers will have positive implications.

Citing international regulations for gig and platform workers, it said in the UK, a Supreme Court ruling in February 2021 led to reclassification of Uber’s driver-partners in the country as “workers”. New benefits under this reclassification included minimum wage, paid holiday time, a pension plan (paid into by both Uber and the worker), continuation of old-age benefits introduced since 2018 such as free insurance in case of sickness or injury as well as parental payments and platform company’s support for drivers switching to an electric vehicle.

On similar lines, it suggested gig firms adopt policies that offer old age or retirement plans and benefits and other insurance cover for contingencies such as injury arising from work that may lead to loss of employment and income.

“Such plans and policies may be uniquely designed by a firm, in partnership with insurance companies, or could be designed and offered in collaboration with the government, as envisaged under the Code on Social Security, 2020.”

Further, the report recommended platforms to support small businesses and entrepreneurs associated with them.

It also suggested support to workers in a “situation of irregularity of work”. Citing an example of New York City, the report said that during the first Covid wave in 2020 the drivers who were licensed with the Taxi & Limousine Commission, were given delivery work that came with a minimum wage guarantee. On similar lines, such an initiative may be incorporated by gig and platform firms to provide income support to workers.

“This will be a critical step in providing assured minimum earnings and social security from income loss in the wake of uncertainty or irregularity in work.”

To harness the potential of the gig-platform sector, the report has recommended accelerating access to finance through products specifically designed for platform workers, linking self-employed individuals engaged in the business of selling regional and rural cuisine, street food, among others, with platforms to enable them to sell their produce to wider markets in towns and cities.

It also recommended undertaking a separate enumeration exercise to estimate the size of the gig and platform workforce and collecting information during official enumerations ( Periodic Labour Force Survey) to identify gig workers.