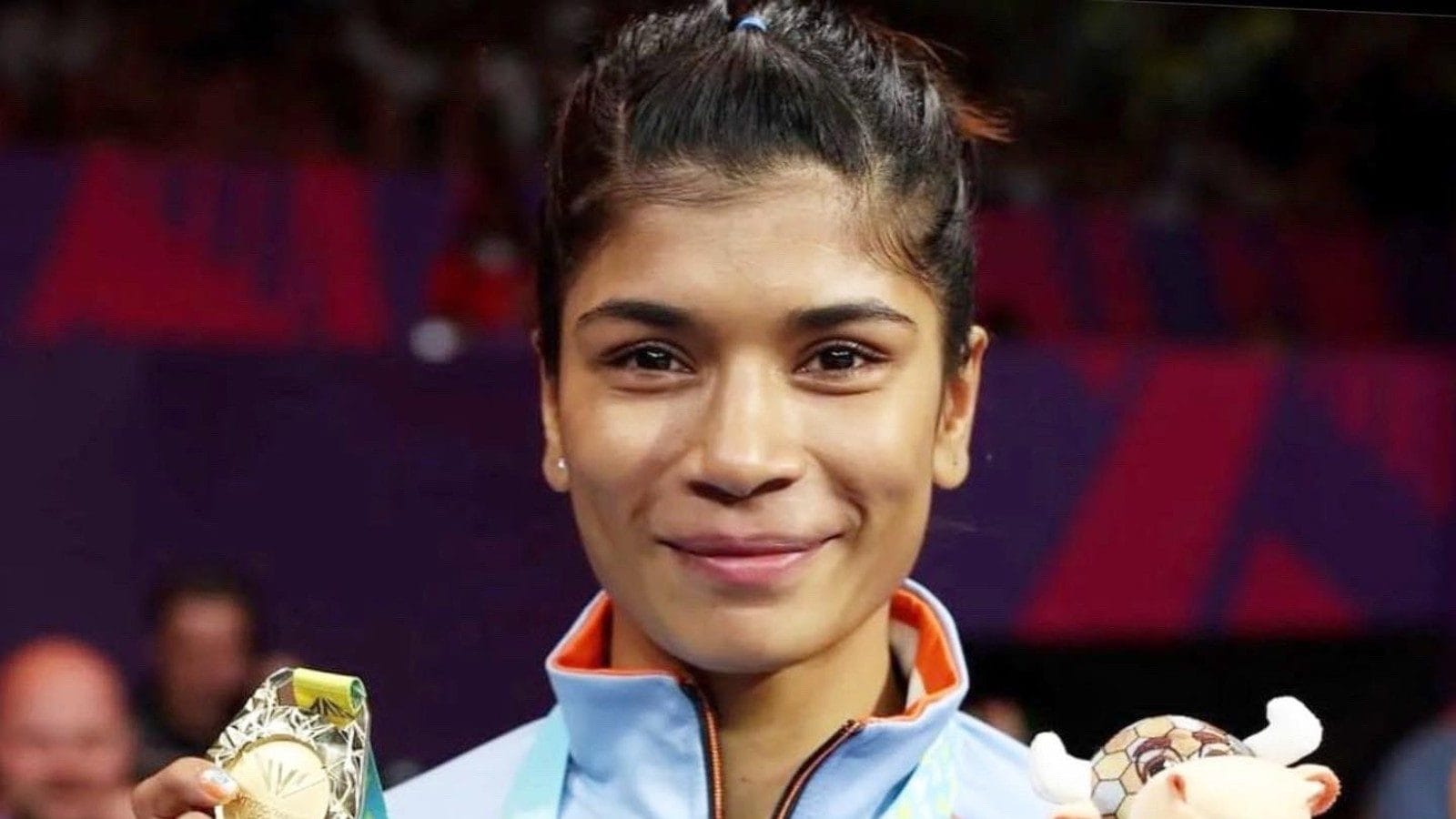 
The last four months have put Indian woman boxer Nikhat Zareen at a different pedestal in world boxing. Having won gold in the 52kg category at the World Championships in Istanbul in May, she upped her performance once again in the Commonwealth Games in Birmingham earlier this month, winning gold in the 50kg category. Both being her maiden gold medal wins at the respective competitions, the 26-year-old boxer from Hyderabad has come of age in her chosen sport. She is determined to bring more laurels to the country and has set her sights on Paris 2024.

In this exclusive interview with news18.com, Zareen looks back at the World Championships and CWG gold medal performances and also looks ahead. Excerpts from the chat with the immensely determined and focused boxer:

How do you look back at the CWG gold win?

Actually, I did not expect that I was going to perform so well in the CWG. I was nervous. This was a new experience for me to box in the 50kg category. I was looking forward to fighting in this category and focussing on giving my best. The kind of hard work I had put in after the World Championships, and the way I prepared for CWG, I am happy with the way I performed at CWG. Before the CWG, I had two weeks of training in Ireland. That helped me to analyse my opponents in CWG. I sparred with them also. That helped me gain confidence in Birmingham.

You won the World Championships gold in May. Now, the CWG gold. How have things changed for you personally and with your boxing?

Definitely, it has changed me as a person. Earlier, I was nobody with none knowing my name. Now, people started messaging me, they started inviting me to their homes. It feels good that people started appreciating me, started showing a lot of love towards me, and having a lot of expectations from me. From my side, I was always focused, always wanting to give my 100% in whatever competition I participate in. I am happy I could win golds in both World Championships and the CWG.

How tough is it to be at your top form in back-to-back tournaments and win gold – you won World Championships in May and the CWG gold in August. Had Asian Games not been postponed, you’d have had to peak for that also, wouldn’t you?

Whatever happens, happens for a good reason. If Asian Games is postponed, there must be a good reason for it. For me, it is good in a way that the Asian Games is postponed as I get a lot more time to prepare for it. To stay in top form for back-to-back competitions is not easy. In February this year, I won the Strandja Memorial Boxing Tournament in Bulgaria; in May I won the World Championships; in August, the CWG gold. Again, if there was Asian Games, back-to-back, it would have been very tiring for me. Now that it got postponed, I have a lot of time to prepare for the Asian Games next year. Before that, we have other competitions also, and I have to start preparing for that. Next year is very important for me as the Olympic qualifiers will start. Definitely, I want to keep continuing the way I am performing. I hope I keep continuing this good run.

From the World Championships to the CWG, how did you maintain your top form? It is not easy winning back-to-back gold medals, is it?

Definitely it is not easy winning back-to-back. Not only did I have to maintain my top fitness levels but also I had to cut down 2kg in my weight to come in the 50kg category. That was tough for me. I managed to come down to 50kg and managed to box. I was not ready, actually. I did not have much time to train for this weight category. I had only one month to prepare for the CWG. I boxed in 52kg in the World Championships. In CWG, I played in the 50kg category. I wanted to have the same strength, power and speed in my punches in the 50kg category also. It was not easy. During the training camp in Ireland, I used to work on my strength also, sparring with other country boxers. That helped me maintain the same sort of fitness, strength and speed.

Shedding 2kg off your weight may look like a small amount but that is easier said than done, isn’t it? How much of a change do you have to go through for this 2kg change?

After the World Championships, I did not have time to celebrate my gold medal win. I went home for three days only and then back to Delhi to start preparations for CWG trials. In between, I did five days of training including three days of training with sparring partners. I needed to set my eyesight also because in the ring, your eyes should be sharp to see the punches coming at you. After the trials, I took a few days off, celebrated my birthday (Nikhat Zareen turned 26 on June 14), then started preparations for the CWG. I did not have time for Biryani and other food that I love. Because I had to cut down 2kgs, I had to stay away from all the fatty substances. I was very disciplined and said, ‘I could have Biryani and other delicious items after winning CWG gold’. The main focus was to cut down 2kg and maintain 50kg. Food was secondary for me.

Do you still see Mary Kom as a challenge for you?

For the Paris qualifiers, it is not going to be easy for me. There are other girls who are very good, young and talented, especially all the girls coming from the youth category who have won world championships medals. Manju Rani is a senior World Championships silver medallist, and Nitu Ghanghas is a Commonwealth gold medallist. Everyone is good. It is good to have healthy competition. At the same time, I will be working hard. Whoever does well will get selected for the Paris qualifiers. From my side, I will leave no stone unturned in my quest. My dream is to win a medal in the Paris Olympics. I know I missed out on Tokyo but I want to win a medal in Paris. I will give it my best shot.

Are there some areas that you still need to work on?

Currently, I am happy with my training – the amount of training we are getting, the sparring partners, the amount of exposure we get through SAI, we had training in Ireland before CWG. There are many things to work on. Nobody is perfect. Paris is a platform where I cannot make even a small mistake. I need to be very careful. I want to lift my game. I want to improve my game each year.

How much does Lovlina Borgohain winning India’s third Olympic medal in boxing (after Vijender Singh in 2008 and Mary Kom in 2012) last year in Tokyo inspire you in your quest for Paris 2024? Surely you would want to be the first Indian to win either an Olympic silver or gold in boxing…

This time, we have six weight categories for women. In Tokyo, we had only five, and it was three in Rio. Definitely, I think we are going to perform well at the Paris Olympics. We have a lot of good women boxers. Definitely, we have a bright future.

You have always been consistently winning in the Strandja tournament. How varying are the challenges in that tournament compared to winning the World Championships or the CWG or for that matter the Olympics?

The Olympics will be very tough as all the best of the best will participate. Strandja is the oldest competition in Europe. It may be a small competition compared with others but it is still a tough competition. I defeated a few silver Olympic medallists en route to winning Strandja. In the final, I defeated Tetiana Kob in the final, a World Championships bronze medallist and European Championships gold medallist. It was not easy. Winning the Strandja gold medal helped me do well in the World Championships. I have gained confidence after winning Strandja. These competitions helped me improve my game.

Which victory do you cherish the most?

Who do you admire from other disciplines?

My friend Vinesh Phogat in wrestling. I admire the way she works hard, whatever she has faced in life, not many can handle such things like she has. She has inspired me to work hard. I always wanted her to do well and I hope her dreams of winning medals for the country come true. She was there to cheer me up in the boxing final in Birmingham. She congratulated me after the win and hugged me. That was a memorable moment for me.

How emotional is it to see the national flag rise after winning gold at international competitions?

Whenever I listen to the National Anthem, I get emotional, especially looking at the tricolour. All the hard work over the years comes in front of me as a flashback. Before training, every morning, we sing the National Anthem. But it is an altogether different feeling when we see the tricolour go up from the medal podium. The World Championships gold medal was more emotional for me.