More
HomeNewsNexon EV fire row: All about incident, reasons & protections from such...
News

Nexon EV fire row: All about incident, reasons & protections from such incidents 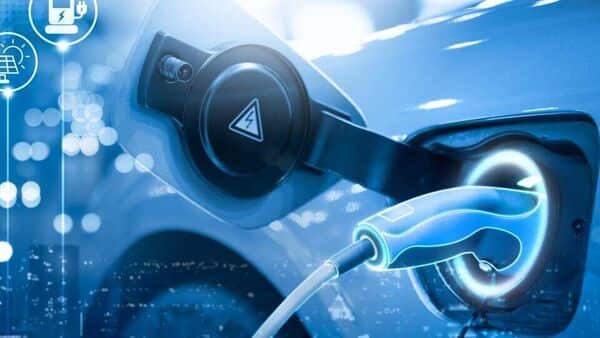 With the launch of electric vehicles (EV) in India, the automotive sector was boasting it as a new revolution which will change the future. However, several incidences of EV fires in recent months have made a dent in the celebrations and the government had to set up a panel to address the issue.

After several cases of electric scooters catching fire, a case of Tata Nexon EV bursting into flames appeared on 22 June. Though the reputed automaker claimed to investigate the reason behind its vehicle catching fire, question have been rising on how safe are the EVs in India and how can EV fire be prevented.

Earlier on 22 June, a Tata Nexon EV car catching fire was reported from Vasai West (near Panchvati hotel) in Mumbai. The owner of the Nexon saw flashes of warnings on the dashboard after driving about 5 kms towards his house and then stopped his vehicle.

The Nexon EV car was reportedly charged with a normal slow charger installed at owner’s office. After receiving warnings from the vehicle’s instrument cluster, the owner of the car called the service centre and received the instruction by the service staff at Tata Motors to exit the vehicle right away and stand at a safe distance.

Following the fire incident, Tata Motors released a statement, saying, “A detailed investigation is currently being conducted to ascertain the facts of this isolated incident. We will share a detailed response thereafter. We remain committed to the safety of our vehicles and their users.”

The government in the meantime have ordered an independent enquiry into a Nexon electric vehicle catching fire in Mumbai.

“The Centre for Fire Explosive and Environment Safety (CFEES), Indian Institute of Science (IISc) and Naval Science & Technological Laboratory (NSTL), Visakhapatnam have been asked to probe the circumstances that led to the incident and also suggest remedial measures,” a government official said.

The lithium-ion batteries, provided in the EVs, mainly fail due to two different reasons. Firstly due to manufacturing defect of the battery itself, while the second is usually the result of multiple factors including stress on the battery like vibration, an electrical short or simply a fluke.

On a general basis, manufacturing defect can result in fire, but too much vibration – beyond lithium-ion battery’s handling capacity –  can cause a fire risk too.

Signs of lithium-ion battery about to catch fire may be experienced by the EV owners and requires a regular monitoring. If the battery is getting extremely hot, or swells up, chances are high it may catch fire. Also, discolouring, causing damage, blistering and beginning of emitting smoke can also result in fire incidences.

How to avoid EV fire incidences?

1) EV battery should not be charged immediately after the EV stops running, as the lithium-ion battery may still be hot. Let it cool down first and then charge with original charger only.

2) Use only the battery designed for the vehicle. Also, use only the charging cable that comes with the lithium-ion battery.

4) When fully charged, remove batteries from the charger.

5) Last, inspection for damage before use is mandatory at regular intervals. If found defected, do not use it and report to the manufacturer. Do not use the battery if it feels extremely hot and shows any damage.