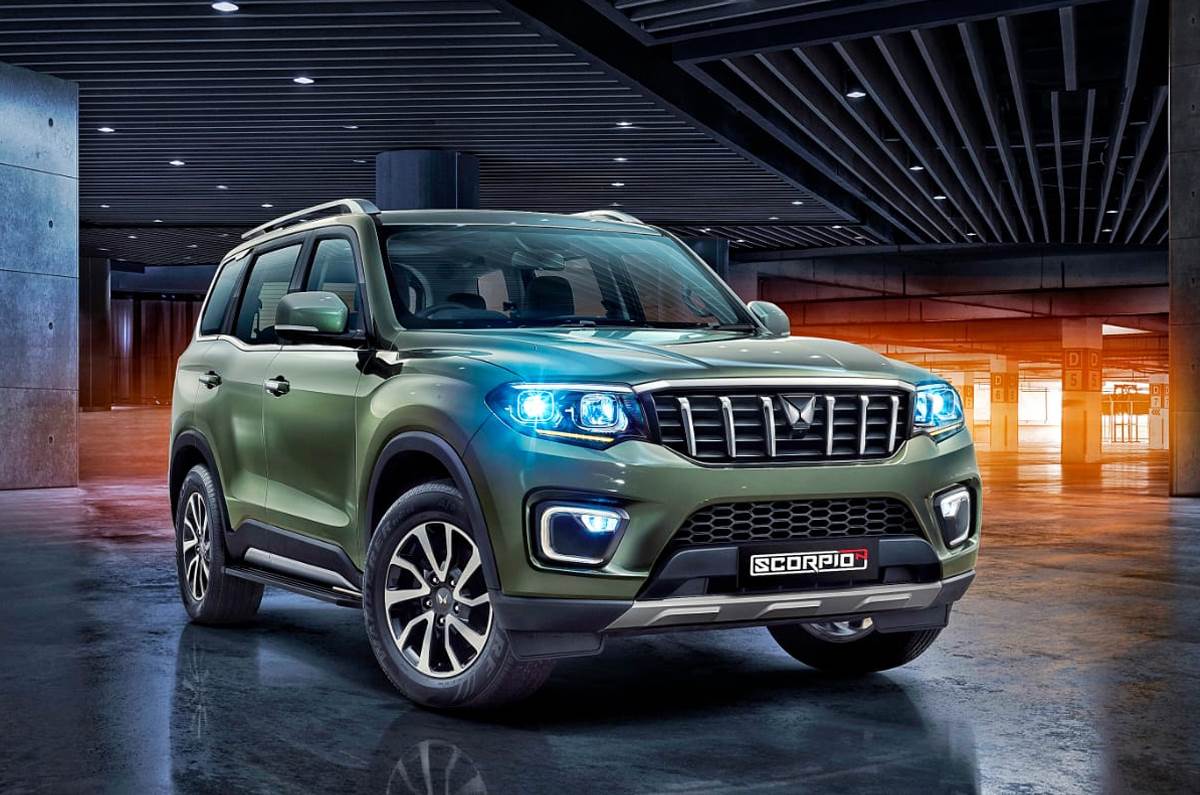 The all-new Mahindra Scorpio-N has been launched at an introductory starting price of Rs 11.99  lakh for the entry level petrol MT, going up to Rs 19.49 lakh for the top-spec diesel-MT variant (all prices, ex-showroom, India); bookings will open officially on July 30.  Mahindra wil announce pricing for the Scorpio automatic line-up on July 21, 2022.  The company has announced that the prices revealed today are only for the first 25,000 bookings. The new Scorpio-N is a significant step-up over its predecessor, in terms of price and positioning, although the latter will also continue to be sold alongside the new model as the Scorpio Classic.

The Scorpio-N comes with the same engines as the Thar and the XUV700. There’s the 2.0 turbo-petrol and the 2.2 diesel, with the latter being in two states of tune.

The 203hp petrol engine produces 370Nm and 380Nm in the manual and automatic variants, respectively. The 2.2 diesel engine, in its lower state of tune, produces 132hp and 300Nm of torque, while in the higher state of tune, it makes 175hp and 370Nm (manual)/400Nm (automatic). Like the XUV700, the 175hp 2.2 diesel Scorpio-N gets three on-road drive modes – Zip, Zap and Zoom – where peak power is produced only in Zap and Zoom modes. In Zip mode, the power is limited to 138hp.

All three engines come with a 6-speed manual gearbox as standard, while the higher-spec diesel and the turbo-petrol engine can also be paired to a 6-speed automatic gearbox.

The Scorpio-N comes with rear-wheel drive as standard, but the higher-spec diesel variants can also be had with a four-wheel-drive system. In terms of off-road hardware, it gets mechanical locking rear differential, ESP-based brake locking front differential, an independent front suspension system and a five-link rear suspension.

The new Scorpio-N is available in five trims – Z2, Z4, Z6, Z8 and Z8 Luxury. The petrol engine is available on all five trims with a manual gearbox as standard, while the automatic gearbox is offered from the Z4 trim onwards.

Coming to diesel, the 132hp, 2.2 diesel engine is available on the base Z2 and Z4 trims with a manual gearbox and in rear-wheel-drive guise only.

The new Scorpio-N looks unmistakably like an evolution of its predecessor. It is now much more well-rounded and also looks upmarket. It has grown in size, measuring 206mm longer and 97mm wider, but is 125mm lower in height. The wheelbase too has increased by 70mm.

It’s a lot more premium on the inside too. It comes with a dual-tone dashboard that gets a 8-inch touchscreen with AdrenoX infotainment system, has gloss black and silver accents, and typical to SUVs, has an upright design for the dashboard. All versions of the Scorpio-N come with a 7-seat configuration as standard, while only the top-spec Z8 Luxury trim can be had in a 6-seat configuration, with captain’s seats for the middle row. For an in-depth view of the Scorpio’s exterior and interior, click here.

What are your thoughts on the pricing of the all-new Mahindra Scorpio-N? Let us know in the comments below.