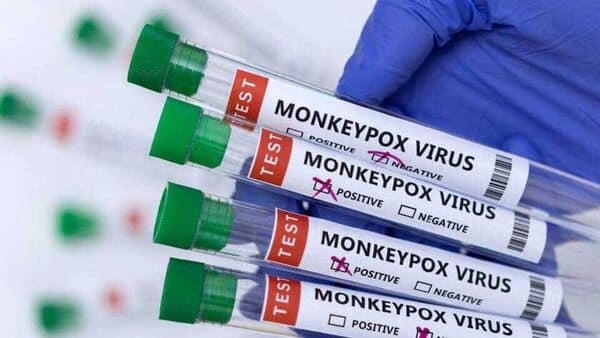 A new study has identified new clinical symptoms in people infected with monkeypox and the latest finding will change the future course of future diagnosis in case of monkeypox cases, which in turn will likely assist in allocating the limited global supply of monkeypox vaccines and treatments to the most vulnerable communities.

Notably, in the largest case study series to date, an international collaboration of clinicians have identified new clinical symptoms in people infected with monkeypox. The New England Journal of Medicine published a case series on July 21 which is the result of an international collaboration involving 16 countries (NEJM). Led by the Queen Mary University of London researchers, the latest study identifies new clinical symptoms of monkeypox infection, which will aid future diagnosis and help to slow infection spread.

The study was conducted in the wake of an emerging global health threat. The latest study is reportedly the largest case series to date, notably reporting on 528 confirmed infections at 43 sites between April 27 and June 24, 2022.

What we know about the monkeypox symptoms so far:

Currently, monkeypox is believed to be spreading disproportionately affecting gay and bisexual men, as 98% of infected individuals belong to this group. As per the new study, the researchers said that while sexual closeness is the most likely route of transmission in the majority of these cases, apparently the virus can be transmitted through large respiratory droplets and potentially through clothing and other surfaces via any form of close physical contact.

It is important to note that the researchers shared that many of the infected people examined in the study had symptoms that were not recognised by current medical definitions of monkeypox. These symptoms include single genital lesions as well as mouth sores or anus, as these clinical symptoms are similar to those of sexually transmitted infections (STIs), it can easily lead to a misdiagnosis. Symptoms of anal and oral infections in some people have resulted in hospitalisation for pain management and swallowing difficulties. Researchers have emphasised that this is why it becomes critical that these new clinical symptoms are recognised and more healthcare professionals are educated and informed on how to identify and manage the disease, as misdiagnosis can slow detection, impacting efforts to control transmission. So the impact this study will have is increased rates of diagnosis which is crucial.

Additionally, due to this study, more people from at-risk groups will be diagnosed when they present with traditional STI symptoms. The reserachers have urged that public health measures, including increased testing and education, are important to be developed with at-risk groups in order to ensure that they are non-stigmatizing instead of sending the outbreak underground.

Chloe Orkin Professor of HIV Medicine at Queen Mary University of London and Director of the SHARE collaborative has said, “viruses know no borders and monkeypox infections have now been described in 70 countries and in more than 13000 people. This truly global case series has enabled doctors from 16 countries to share their extensive clinical experience and many clinical photographs to help other doctors in places with fewer cases. We have shown that the current international case definitions need to be expanded to add symptoms that are not currently included, such as sores in the mouth, on the anal mucosa and single ulcers.”

Notably, these particular symptoms can be severe and have led to hospital admissions so it is important to make a diagnosis, Orkin said, “expanding the case definition will help doctors more easily recognise the infection and so prevent people from passing it on. Given the global constraints on the vaccine and anti-viral supply for this chronically underfunded, neglected tropical infection, prevention remains a key tool in limiting the global spread of human monkeypox infection.”

Highlighting that monkeypox is not a sexually transmitted infection, Dr John Thornhill, Consultant Physician in Sexual Health and HIV at Barts NHS Health Trust and Clinical Senior Lecturer at the Queen Mary University of London, said, “it is important to stress that monkeypox is not a sexually transmitted infection in the traditional sense; it can be acquired through any kind of close physical contact. However, our work suggests that most transmissions so far have been related to sexual activity – mainly, but not exclusively, amongst men who have sex with men.”

Thornhill further noted that this research study increases our understanding of the ways it is spread and the groups in which it is spreading which will aid rapid identification of new cases and allow us to offer prevention strategies, such as vaccines, to those individuals at higher risk.