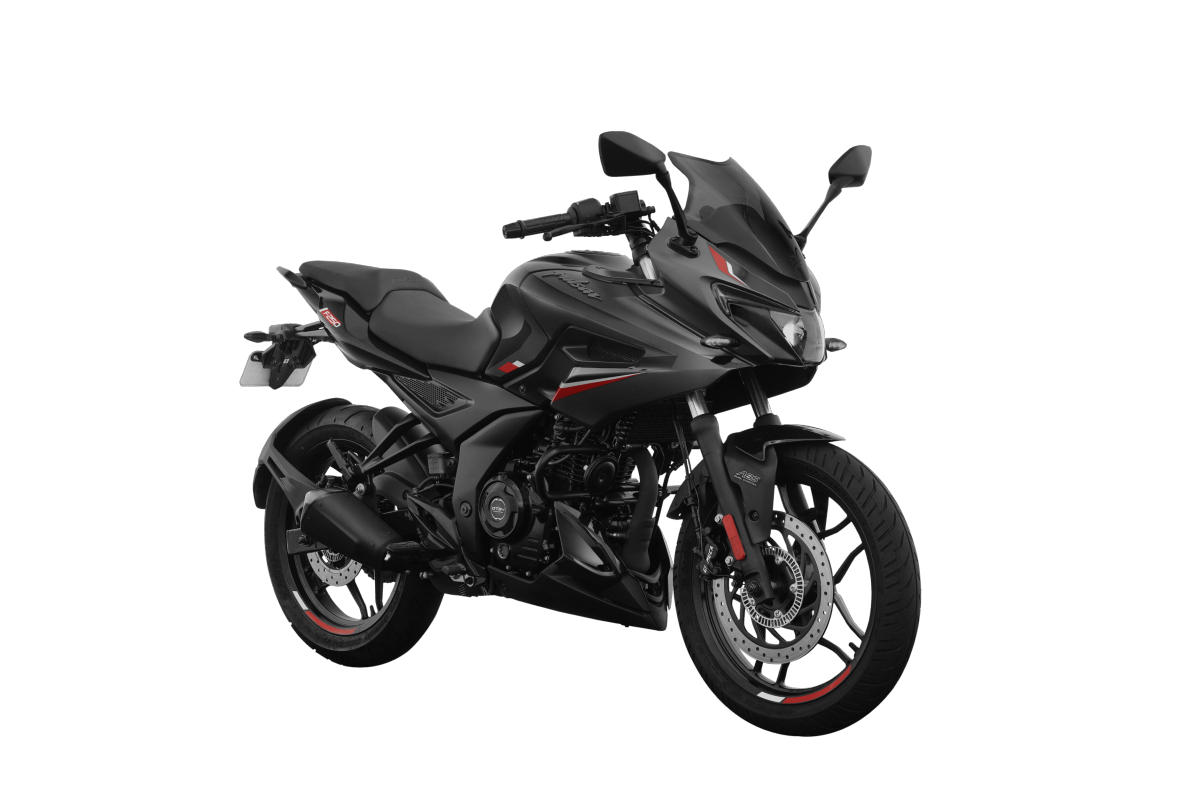 Apart from a cosmetic update, the Pulsar 250s also receive dual-channel ABS with this new variant.

The premium accounts for not only the new colour scheme – both models are also now equipped with dual-channel ABS for the first time (standard Pulsar 250s get single-channel ABS).

Bajaj has given the Pulsar 250 twins the all-black treatment by finishing them in the Brooklyn Black paint shade that was seen on the recently launched Pulsar N160. Both models feature a combination of gloss and matte paint on the panels and subtle red and silver accents. Even the engine casing, exhaust, alloy wheels, belly cowl and Pulsar badging on the tank have received the black treatment.

As mentioned above, the All-Black variants also bring in dual channel ABS to the Pulsar 250 line-up for the first time.

The Pulsar 250 All-Black variants continue to be powered by the same 24.5hp, 21.5Nm, 249cc, SOHC, air and oil-cooled single-cylinder engine. This engine comes paired to a five-speed gearbox with a slip and assist clutch.