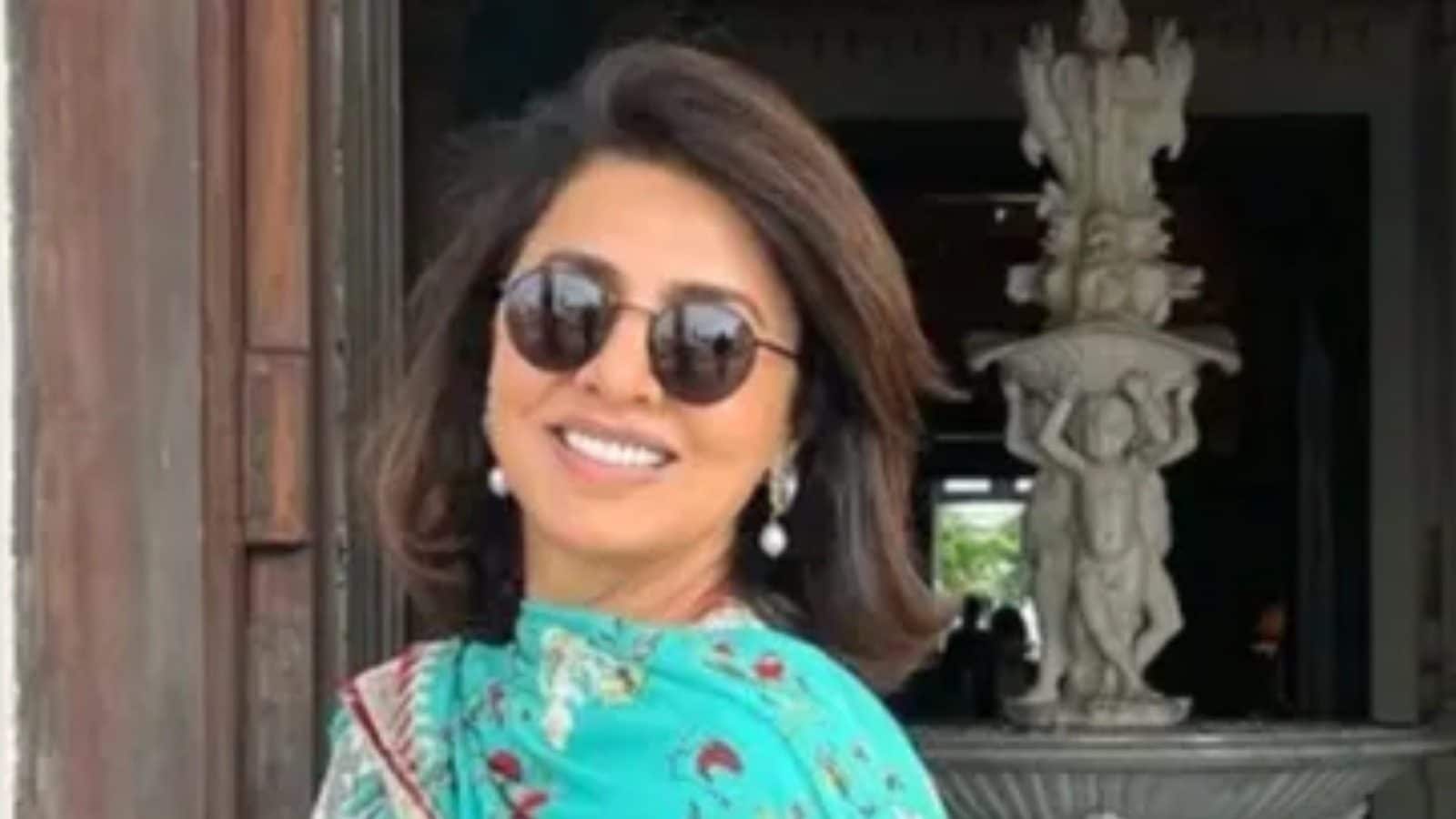 
The internet is abuzz with Ranbir Kapoor and Alia Bhatt’s wedding rumours. While the two have remained tight-lipped about the D-day, every other detail is hitting the headlines. Amid all this, Ranbir’s mum Neetu Kapoor who is currently serving as a judge on Dance Deewane Juniors was spotted by the paps outside the show’s sets. On being asked about Ralia’s wedding, the veteran star’s savage response to the shutterbugs won Netizen’s hearts.

In a viral video shared by popular Bollywood paparazzi Viral Bhayani, Neetu Kapoor is seen looking gorgeous in a red saree as she takes a walk to her vanity van. As the video starts, Neetu is seen walking out of the studio as the paps capture her. She says, “Ye kya hai? Mere baal bhi bane nahi hai, chappal pehna hai… look bhi nahi hai.. aur aap picture le rahe ho?” (What is this? I’ve tied my hair like this and have worn slippers, and don’t have the look, and you are clicking the pictures like that”

As she makes her way to her van, the paps seem to cover her way, and while entering her van, a pap asks her,” Ma’am shadi ko abhi kitne dinreh gaye hain?” (How many days are left for the wedding?”

To which she gives a savage response saying, “Aagey badho yaar, aapko kya hai kabhi bhi karein? kabhi bhi karein, main kyu bataun…” (Move forward, what do you have to do with it, they will do whenever they want. Why should I tell?)

The paps then say hum aa jayenge (we will come) madam to which she says, “you are most welcome” before entering into her van, she says, “Koi nahi aayega ye jarur aayega,” as she points at one of the photographers, leaving everyone in splits.

As soon as the video was shared online, Netizens flooded the comments section as they liked Neetu Kapoor’s unfiltered avatar. While one fan wrote, “SHE IS A STARRR,” another added, “She is so cute.” Adoring her humbleness one social media user wrote, “Neetuji is so humble …never saw her speaking arrogantly with photographers.”

As per an HT City report, a small baraat procession will leave for Ranbir-Alia’s wedding venue on April 14 in the afternoon. The nuptials will last till the evening. Ahead of the wedding, the couple will host the Mehendi ceremony, followed by the Haldi ceremony on April 13 and the first half of April 14, respectively. All the events are said to be strictly private with only family members and close friends in attendance. Ranbir’s best friend, filmmaker Ayan Mukerji, is said to be on the guest list.

“It’s an extremely low-key and intimate wedding. Only 45-50 people have been invited for the wedding ceremony which includes the couple’s family members and close friends like filmmakers Karan Johar and director Ayan Mukerji,” a reliable source confirmed to HT City.

Another report in Pinkvilla claims that Alia Bhatt and Ranbir Kapoor have decided to host the wedding reception at Taj Mahal Palace ‘mostly’ on April 17. Alia and Ranbir want to get back to work, but before that, they want to finish all their wedding festivities and so they have decided on this date, the report added.