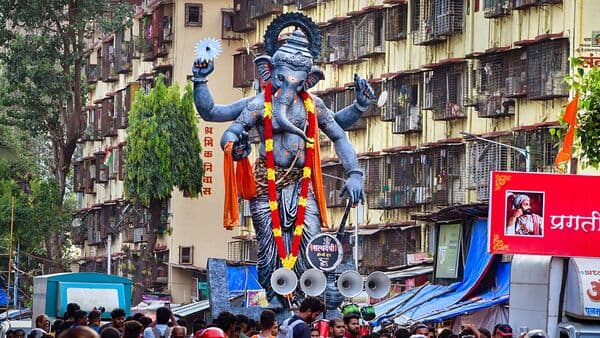 Ahead of the Ganesh festival, which is set to begin on August 31, the Maharashtra government has issued traffic guidelines for commuters.

Maharashtra Chief Minister Eknath Shinde directed the state administration to create a separate lane at the toll plazas on the Mumbai-Pune Expressway for the vehicles going for the upcoming Ganesh Mahotsav (festival).

Shinde visited the Khalapur toll plaza and took the decision after meeting with the officials. He also asked for increased manpower to prevent traffic congestion and rush at toll plazas during the 10-day festival. Further, Shinde directed authorities to strengthen the CCTV system to prevent accidents and ensure security on the expressway.

Last week, the Maharashtra government waived the toll on Mumbai-Bengaluru and Mumbai-Goa highways as well as toll plazas of other Public Works Department (PWD) roads from August 27 to September 11 because of the Ganesh festival.

The Maharashtra government has lifted all the curbs imposed on festivals during the coronavirus pandemic. curbs on the height of the Lord Ganesh idols installed by sarvajanik (community) mandals and as well as the household level have been lifted. People are allowed to take out a procession during Ganeshotsav this year.

Shinde said, “All the restrictions on the religious festivals introduced during the pandemic have been lifted. People should be able to welcome such festivals with a positive attitude.” He added that a single-window system would be set up to facilitate the Ganesh mandals across the state in obtaining permissions for pandals and other things. “There will be no registration fees for it,” the chief minister said. “A committee has been set up for finding a solution for Ganesh idols made of Plaster of Paris (PoP). It will come up with some environment-friendly solutions,” he said.