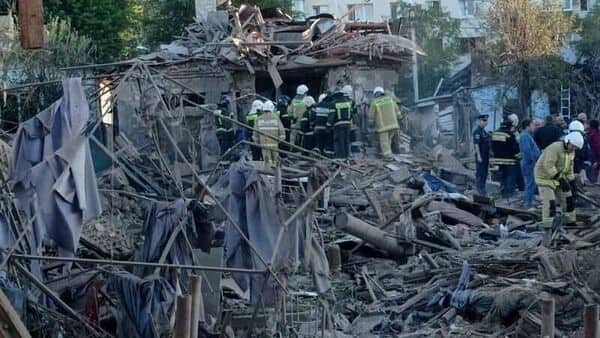 At least three people were killed and dozens of residential buildings damaged in the Russian city of Belgorod near the Ukraine border, the regional governor said, in what Moscow said was a Ukrainian missile attack.

At least 11 apartment buildings and 39 private houses were damaged, including five that were destroyed, Governor Vyacheslav Gladkov posted on the Telegram messaging app.

“I emphasise that this missile attack had been intentionally planned and was launched at the civilian population of Russian cities,” Russian Defence Ministry spokesman Igor Konashenkov said.

Konashenkov said Russian air defences had destroyed three Tochka-U missiles, but fragments of one of them fell on residential buildings. He said they had also destroyed explosives-laden Ukrainian drones approaching Kursk, another city in southern Russia.

Reuters could not independently confirm the claims.

Since Russia invaded its neighbour on Feb. 24, there have been numerous reports of attacks on Belgorod and other regions bordering Ukraine, with Moscow accusing Kyiv of carrying out the strikes.

Ukraine has not claimed responsibility but has described the incidents at weapons stores and other sites as “karma” for Russia’s invasion.

Belgorod is a city of nearly 400,000 people, some 40 km (25 miles) north of the border with Ukraine. Regional governor Gladkov said at least four people were injured and two hospitalised in the latest incident, including a 10-year-old boy.

“The sound was so strong that I jumped up, I woke up, got very scared and started screaming,” a resident of the city told Reuters, describing blasts that took place around 3 a.m. local time. “All the windows in our house were shattered.”