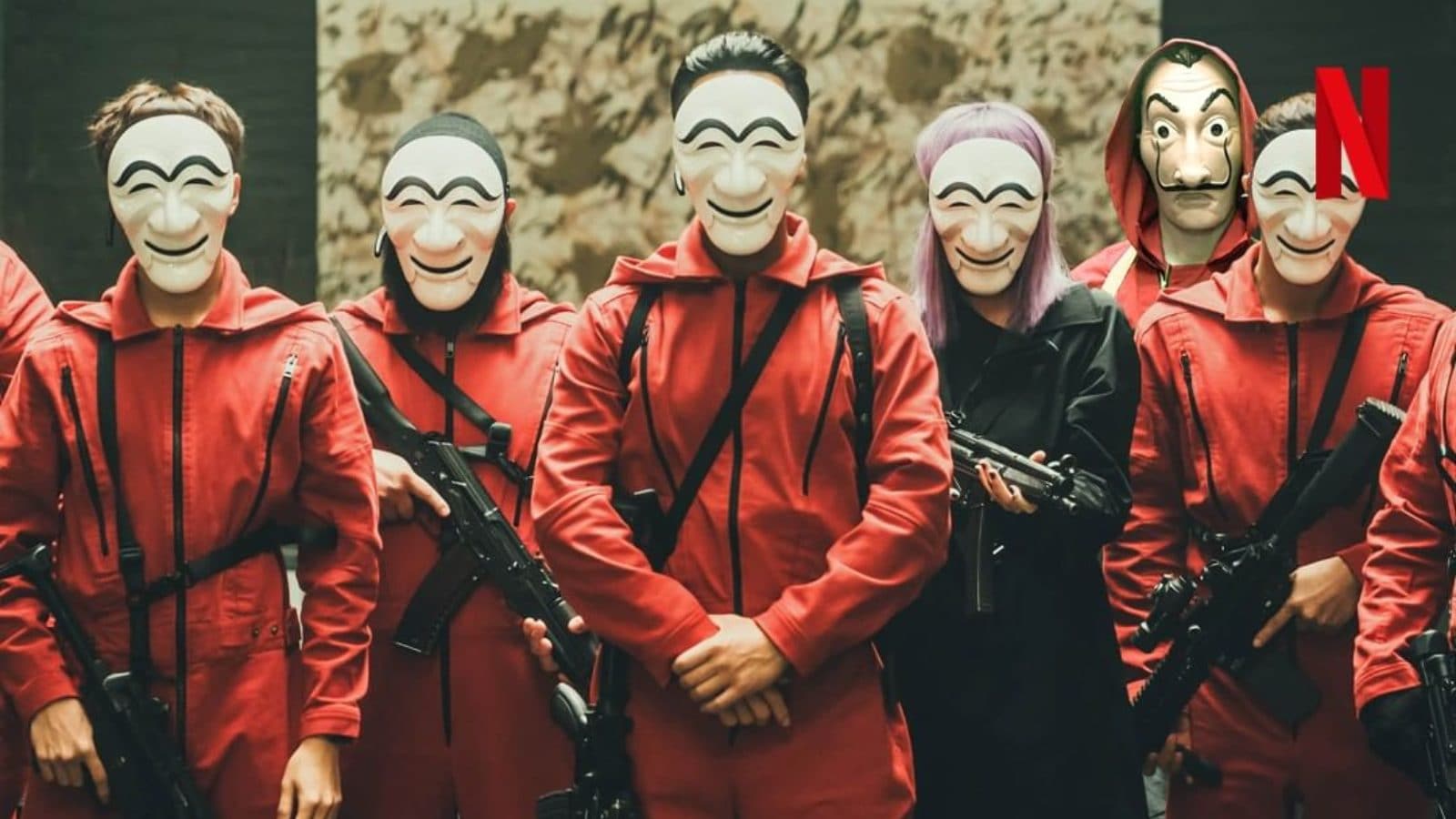 
Money Heist Korea: Joint Economic Area is all set to start streaming on Netflix today, June 24. The official Korean adaptation of Spanish series La Casa de Papel, popularly known as Money Heist, features some of the biggest names from South Korea. While Yoo Ji-tae plays The Professor, and Park Hae-soo plays Berlin, Jun Jong-seo doubles up as Tokyo, and Kim Yunjin plays the role of Inspector Raquel Murillo. The Korean adaptation has retained the essence of the original series but has blended the concept of heist that would fit Korea the best.

It has already been revealed that Money Heist Korea is set in a Korean peninsula on the cusp of unification. The trailers also revealed that each character has a unique background and the Dali mask is being replaced with a different mask. Now, actor Park Hae-soo has revealed that these masks are called Hahoe and they have a special connection with the culture of South Korea.

Speaking at the press conference, the Squid Game actor revealed, “In Spain, the Dali mask was used to send the message of freedom, and in Korea, we used the Hahoe mask from Andong area, and Hahoe mask has some significance to it. It is embodying the criticism of the powerful, and it has the sense of humor in it as well. And when the mask was first brought to me, I actually felt this sense of overwhelming power when the mask is worn by every member of the cast. It has different angles from the center and from the side as well. I mean, the look that the mask is portraying from different angles may seem quite different, so that is something that I was intrigued.”

“Even before the shooting started, we were quite curious about what kind of mask we will be wearing, and when we heard that the Hahoe mask was chosen, and when we saw the mask in reality, I was really surprised because it is not a plain-looking mask, it is having a big smile on it and sends a sense of humor and at the same time sends a sense of mystery as well. So it has multi-layered meaning to it and I was feeling really intrigued by the mask,” Jun Jong-seo, who plays Tokyo in the series, added.

Besides speaking about the masks, the actors also spoke about their characters. While most characters remained similar to the original versions, Jong-seo revealed that Tokyo in Money Heist Korea is not as similar as Úrsula Corberó’s portrayal of the character.

“I wanted to play the role of Misun, but for some reason, naturally I received the role of Tokyo. The new Tokyo in the Korean version is going to be the most different from the original character. She is a Gen Z, she’s in her 20s, and the realistic elements of those in her 20s are reflected on the show. Sheis the most pure, I would say, and she is so much into the conviction of the Professor so she doesn’t
get distracted, she’s very stable, and she is just focusing on one goal. And she is trying to lead everybody to go to that goal, so she is not a troublemaker,” she said.

Sounds interesting! While there are bound to be comparisons with the original one, we are excited to see how Money Heist Korea manages to stand out.