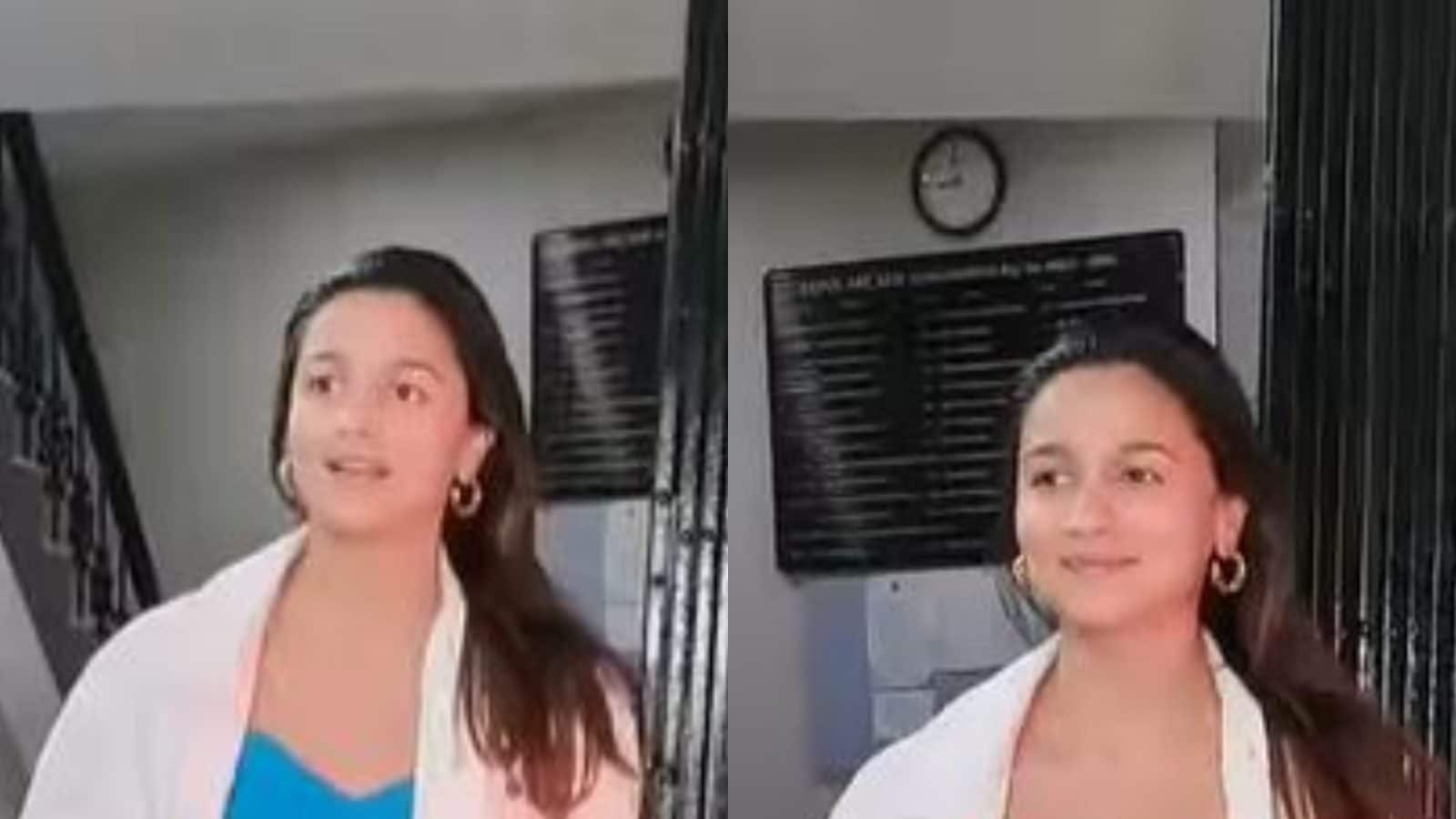 
On Friday evening, mommy-to-be Alia Bhatt was spotted meeting filmmakers Karan Johar and Ayan Mukerji in the city of dreams, Mumbai. The actress caught the attention of the paparazzi while she was waiting for her car to arrive. It was at that moment that she posed happily for the cameras. However, what stole the limelight was her concern for the paparazzo and her amicable interaction with the cameramen. While striking poses for the cameras, Alia noticed something was wrong with one of the cameramen.

She quickly pointed toward the person and said, “Aree aaram se, aaram se (Please slowly slowly”, with a concerned look on her face. Post this, the paparazzi assured her that everything was alright. In an amicable conversation, the paparazzi can be heard asking Alia to wait patiently for her car to arrive. They assured the actress of maintaining a safe distance from her. One of the cameramen also asked her to “Alia ji aap aaram se jaaye (Alia ji, please walk carefully).” Check out the clip of her public appearance below:

As soon as the clip surfaced online, it created a massive buzz amongst her fans. While one fan said, “She is always so sweet with paps looks stunner,” another added, “Let’s not lie, she looks more gorgeous now that she’s pregnant”. A netizen hailed her as “Sweet and humble as always.” This public appearance just came days after she was spotted with husband Ranbir Kapoor and BFF Ayan Mukerji attending one of the press events for Brahmastra.

After gaining critical acclamation for her stint as Badru in Darlings, the Bollywood diva is now gearing up to feature in Mukerji’s most ambitious project Brahmastra. This fantasy flick marks Alia Bhatt and Ranbir Kapoor’s maiden collaboration on a film. Apart from them, Amitabh Bachchan, Mouni Roy, and Nagarjuna play pivotal roles in the movie. Ahead of the film’s release, the makers have already dropped two singles, Kesariya and Deva Deva, which have garnered the right amount of anticipation for the upcoming movie. Brahmastra will hit the big screen on September 9.