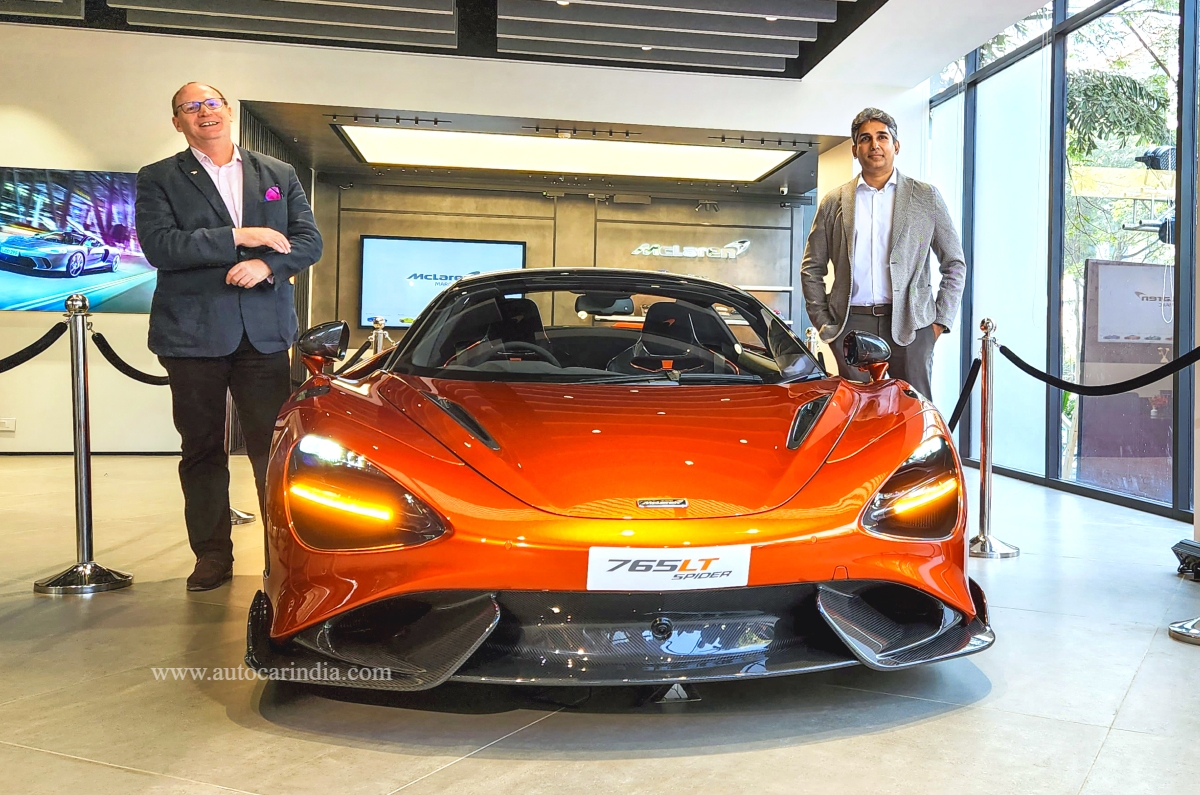 McLaren has inaugurated its first dealership in Mumbai, marking the brand’s official entry into India. Interestingly, some of its cars have already reached India as private imports as well as the authorised dealer – Infinity Cars – through a soft launch a year ago. McLaren has also opened a dedicated service centre operated by McLaren-trained engineers in Mumbai.

We had reported back in 2019 that McLaren was evaluating an India launch, which has been a small yet growing market. Speaking at the launch of the showroom, Lalit Choudary, executive chairman of Infinity Cars, said he “pursued McLaren since 2016 and am now proud to have the British Marque in our country”.

Paul Harris, managing director APAC and China, McLaren said, “Going forward, Mumbai will be a key market for the brand.”

The supercar manufacturer will offer its entire portfolio in India – the GT, Artura, 720S, 720S Spider, 765LT as well as the 765LT Spider.

One of the cars that McLaren showcased was the 765LT Spider, which it claims is the fastest convertible it has ever produced. A part of the track-focused ‘Longtail’ models, the 765LT Spider, features the same aerodynamic carbon fibre bodywork as the coupe version, including a more aggressive front bumper and splitter, lower door blades and side skirts, and a wraparound rear bumper. It also has a folding roof, which shuts in 11 seconds.

It is powered by a 765hp, 800Nm 4.0-litre twin-turbocharged V8 engine, which sends power to the rear wheels via a 7-speed sequential gearbox. It will be limited to 765 units, but McLaren hasn’t mentioned its prices in India as of now.