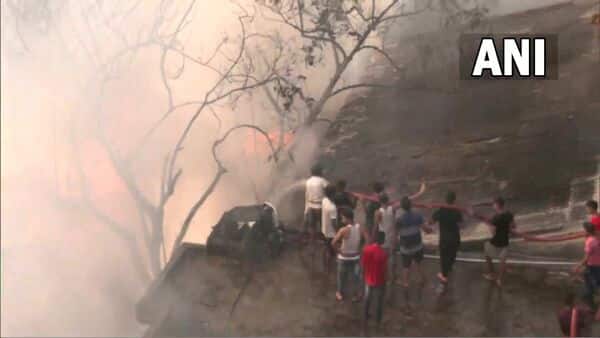 A major fire broke out at a garage in central Kolkata on Sunday afternoon, no casualties were reported in the incident, news agency ANI reported.

The fire breaks out at 46, Christopher Road, Tangra area central Kolkata and the police control room was notified.

Eight fire tenders were pressed into service to douse the blaze at the garage on Christopher Road which was used as a godown, officials told news agency PTI.

No one was injured in the blaze that broke out around 3 pm, they added.

The cause of the fire is yet to be ascertained, the official said.

Last month, West Bengal chief minister Mamata Banerjee had ordered to form ahigh-powered committee to undertake a fire safety audit of such facilities in the city after a massive fire broke out at a godown in Tangra area which was brought under control after 15 hours of firefighting.

Altogether 15 fire tenders were pressed into service to douse the flames that had engulfed the godown and spread to an adjacent building.