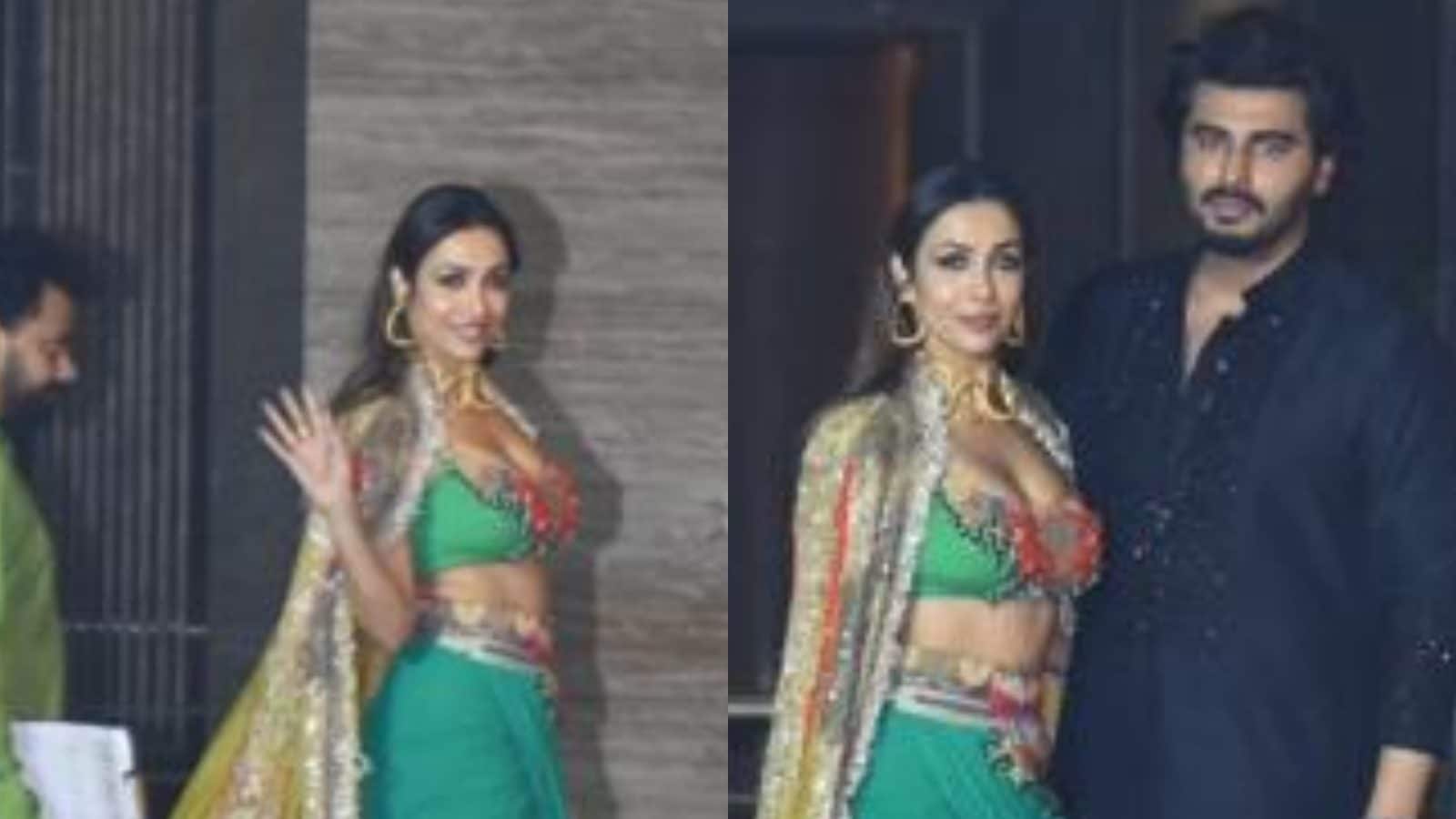 Trust Malaika Arora to serve one of the best looks this Diwali! The actress was spotted making her way to Sonam Kapoor’s Diwali bash on Monday night with beau Arjun Kapoor and she looked oh-damn-so-hot!

Malaika was seen wearing a stunning green long skirt featuring a colourful Kamarband with a matching blouse. The outfit was completed with a gorgeous cape, making her look nothing less than a queen! Arjun looked nothing less than royalty himself.

The actor opted for a smart black kurta-pyjama for the party. The looks won over the internet. Several fans gushed over the couple and Malaika’s stunning look. “Malaika achi lag rahi hai, recently jaha gayi hai bahut sundar dikhi hai,” a comment on one of the paparazzi posts featuring the couple read. “They looked soo good,” added another. “Gorgeous Malaika,” a third comment read.

The star-studded party was also attended by several other stars in the industry. These include Kriti Sanon, Ananya Panday, Shah Rukh Khan’s son Aryan Khan, and Varun Dhawan. Sonam’s famous cousins including Janhvi Kapoor, Shanaya Kapoor, and Anshula Kapoor were also present at the bash. Sonam Kapoor’s husband Anand Ahuja stepped out to distribute sweets to the paparazzi on the special occasion.

This Diwali was extra special for Anil and his family will be celebrating his grandson, Sonam Kapoor, and Anand Ahuja’s son Vayu Kapoor Ahuja’s first Diwali. The baby boy was born on August 20. It was previously reported that the Diwali bash was supposed to take place on Saturday night. A source informed Mid-Day that Anil is planning on hosting a grand bash with over 800 people invited.