Maharashtra Political Crisis: Here’s what we know so far 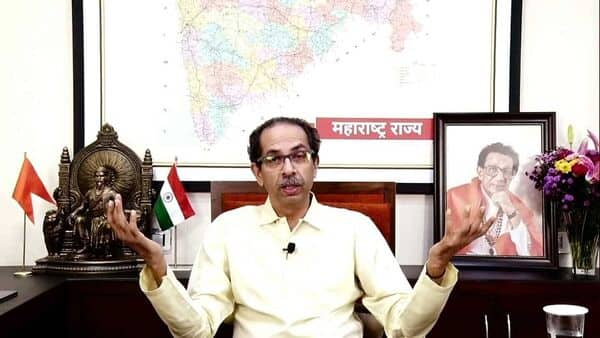 Amid the intensifying political crisis in Maharashtra, Shiv Sena leader Sanjay Raut on 22 June asserted that Uddhav Thackeray will continue to be the chief minister of the state.

“Uddhav Thackeray is Maharashtra Chief Minister and he will remain the CM. If we get the chance, we will prove our majority on the floor of the House,” he said.

Thackeray during addressed the public via a Facebook live and said that he was ready to step down if the rebel MLAs came forward and tell him on his face to do so.

The Shiv Sena-led Maha Vikas Aghadi (MVA) government is battling a survival crisis following the rebellion of senior Sena minister Eknath Shinde and a sizable number of MLAs belonging to the Uddhav Thackeray-led party. Shinde and the party rebels, who are currently camping in Guwahati, has said he has 46 MLAs supporting him.

Here’s all you need to know:

Thackeray during addressed the public via a Facebook live and said that he was ready to step down if the rebel MLAs came forward and tell him on his face to do so.

Soon after the address, Rebel Shiv Sena leader Eknath Shinde on Wednesday said the ruling Maha Vikas Aghadi (MVA) in Maharashtra was an “unnatural alliance” and it was imperative for his party to walk out of the coalition with the NCP and the Congress for its own sake and that of party workers. “It is necessary to quit the unnatural alliance for the sake of Shiv Sainiks and the Shiv Sena. It is important to take a decision in the interest of the state,” Shinde, who is camping in Guwahati along with rebel Sena MLAs, tweeted. His tweets were in Marathi with #Hindutvaforever. Shinde maintained that while the NCP and the Congress were growing stronger in the MVA alliance, the Shiv Sena, which heads the governing bloc, and its workers were getting systematically weakened.

A resolution passed by the Shiv Sena Legislature Party carrying signatures of 34 MLAs that rebel leader Eknath Shinde continues to be the leader, has been sent to the state Governor Bhagat Singh Koshyari.

At night, CM Uddhav Thackeray moved out of ‘Varsha’, the official residence of the CM in South Mumbai, and went back to his private residence ‘Matoshree’ in suburban Bandra, said Shiv Sena leader Sanjay Raut on Wednesday. However, Sanjay Raut clarified that Thackeray will remain the chief minister of the state and is not resigning from his post. “We will prove our majority on the floor of the House if required,” said the Sena’s chief spokesperson.

He rejected reports that NCP president Sharad Pawar had asked Thackeray to make Sena rebel leader Eknath Shinde the CM to save the Maha Vikas Aghadi (MVA) government. “Pawar did not give any advice to Thackeray and instead said the MVA will fight the political crisis together till the end,” Raut said.

In the evening, NCP chief Sharad Pawar was accompanied by Supriya Sule and Jitendra Awhad visited Thackeray at Varsha. After the conclusion of the meeting which lasted around an hour, NCP leader Supriya Sule displayed a thumbs up and the CM came out to greet his supporters.

The BJP leader Raosaheb Patil Danve, after meeting with Devendra Fadnavis in Mumbai, said that his party has nothing to do with the current political turmoil in Maharashtra. “No Shiv Sena MLA in touch with us. We have not spoken to Eknath Shinde. This is Shiv Sena’s internal matter. BJP has nothing to do with this. We are not staking claim to form the government,” said Danve.

A BJP leader from Delhi has filed a complaint against CM Uddhav Thackeray for allegedly violating COVID-19 related protocols by meeting his supporters while heading to his personal residence from his official house in the state capital on Wednesday night, police said. The complaint said that as per the news, CM Thackeray tested positive for COVID-19 and according to the protocols, such a patient cannot meet anyone and should remain in isolation. But Thackeray was seen meeting his supporters and thereby violating the COVID-19 protocol.