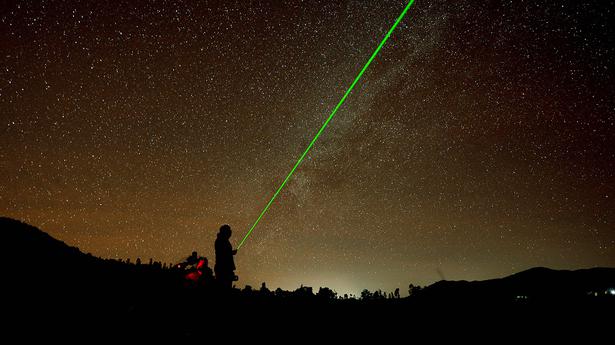 As Hanle in Ladakh is poised to have India’s first Dark Sky Reserve, prospects for stargazing and astro tourism shine bright

As Hanle in Ladakh is poised to have India’s first Dark Sky Reserve, prospects for stargazing and astro tourism shine bright

For tourists visiting Ladakh, the itinerary is most likely to include the Pangong Lake in the State’s capital Leh, and for the more adventurous lot, an expedition to the Khardung La pass. What many don’t know is that the region’s arid landscape, sparse population and therefore minimal artificial light also makes it a destination for stargazing. And soon, India will have its first Dark Sky Reserve in Hanle, located about 250 kilometres from Leh. The initiative mooted by the Department of Science and Technology, Ladakh Autonomous Hill Development Council and the Indian Institute of Astrophysics, Bengaluru, is expected to give astro tourism in India a boost.

Globally, designated dark sky regions developed by tourism boards of different countries, in collaboration with astronomers and local communities, are equipped with facilities to aid astro tourism. Since stargazing requires driving to remote locations at night, tourists look for accommodation facilities and this, in turn, can spell revenue for local tourism.

Some of the visitors to Leh might be aware of observatories and homestays that facilitate stargazing experiences. Astro tourism is courted by a niche section of tourists, propelled by astronomy clubs in different cities. A few groups venture into remote locations in Ladakh, Spiti Valley in Himachal Pradesh, and the deserts of Gujarat and Rajasthan to gaze at the clear night skies and spot the stars, nebulae, the Milky Way and other far off galaxies, guided by astronomers.

Ashley Wilson, IDA’s director of conservation and lead for IDSP, says on an average, IDA certifies around 20 nominations a year. 2021 was an exception with the certification of 37 new places. The 200th place to be certified, in September 2022, was Merritt Reservoir State Recreation Area in Nebraska, USA.

In an email interview, Ashley states that “the IDSP certification brings attention to light pollution and the need to preserve the night sky as a natural resource. Applying for the certification supports management agencies in achieving long-term conservation targets and connecting people to nature. Additionally, it serves as an economic driver by fostering increased tourism and local economic activity.”

He cites examples, as reported by the Colorado Plateau Dark Sky Cooperative: In 2019, a study by Missouri State University examined the economic impact of dark sky tourism on the Colorado Plateau economy. According to the study, astro tourism could lead to $5.8 billion in visitor spending and support the creation of over 11,000 new jobs annually, over the next decade. A report also states that since dark sky observation mostly occurs at night, tourists are likely to prefer overnight stays. On an average, overnight visitors have been found to spend thrice the amount of day-only visitors.

The Himalayan Chandra Telescope, a meteor and a satellite in Ladakh
| Photo Credit: Obuli Chandran

Another report that assesses the economic impact of activities related to Mont-Megantic, the world’s first International Dark Sky Reserve in Canada puts the annual economic impact of dark sky protection efforts and astro tourism in the region at $13.8 million. Astro tourism activities in the reserve are considered to be a major driver of tourism in the region.

There are dark sky regions across North and South America, South Africa, Australia and New Zealand, developed in coordination with local tourism and government bodies, with an understanding of astronomy and the need to have lighting conditions that do not hinder the views of the night skies.

Not all of these regions are certified by international bodies such as the IDA or the Starlight Foundation in Spain. Reports suggest that among the 63 national parks in North America, only 12 have been certified by the IDA.

The dark sky reserve coming up at Hanle is not yet certified by the IDA. Ashley says the IDA has contacted local officials and is working with this team to prepare their IDSP application, “If they complete the application process and are awarded a certification, it would be the first internationally recognised and certified Dark Sky Place in India. A certification could help raise awareness and encourage a call to action so that the people can help protect this (dark sky) resource.”

Regions closer to the Himalayas offer unhindered views of the night skies for avid astro tourists and a nomenclature such as a dark sky reserve or a sanctuary can further help boost tourism, says Sonal Asgotraa, founder of Astrostays, which works closely with the local community in Maan village in Ladakh, on the banks of Pangong Tso in Leh. “The dark sky as a resource has always been there in Ladakh; the announcement of a dark sky reserve in Hanle is a welcome move for those in the astro tourism industry and for tourists keen to explore the dark skies. It has helped create a buzz.” While a few tourists have explored astro tourism activities in Leh, she says driving further away to Hanle and Zanskar can offer unhindered views of the night sky. “For people travelling all the way, developing accommodation facilities in the hamlets will be key,” adds Sonal.

Astrostays has been enabling tourists to stargaze, with help from the local community that has been trained in astronomy, and also incorporates elements of Tibetan cosmology, given its proximity to the Phyang monastery. In summer 2022, the organisation mooted an initiative called Cosmohub, which includes a visit to the 700-year-old Phyang monastery, stargazing experience and interactions with the local community.

Hanle, on the other hand, is equipped with the Indian Astronomical Observatory. Located 4,500 metres above sea level, Hanle is a cold desert region and houses the Hanle Monastery. The Himalayan Chandra Telescope, High Energy Gamma Ray telescope, the Major Atmospheric Cherenkov Experiment Telescope and GROWTH-India are among the prominent telescopes located at the Hanle observatory.

During the pandemic, with international travel out of bounds, Ashley points out to reports that suggest a surge in visits to parks and other close-to-nature destinations. A report published by the National Parks Conservation Association, USA, states that when national parks reopened after lockdown in 2020, they experienced an increase in visitors. Pictured Rocks National Lakeshore had a 41% increase in visits from July to October 2020; Yellowstone and Zion National Parks also witnessed a significant surge.

Away from the city

“There is a lot of astronomical awareness today and star parties are a growing trend,” says Lenin Tamilkovan, scientific officer at Birla Planetarium, Chennai. “Those who want to stargaze drive to the outskirts in small groups or to locations in far-flung areas where the artificial city light pollution is low. If you look through a telescope in an urban setup, you might spot only a few planets.”

He welcomes the announcement of the Dark Sky Reserve in Hanle, Ladakh, and says cold, higher altitude regions are conducive to cloud-free, clear skies. “Years of survey and research go into studying the region before setting up observatories. Nearly 15 years of work went into setting up the Vainu Bappu Observatory at Kavalur in Javadi Hills, Tamil Nadu. Scientifically and culturally, Ladakh is a great place to observe the dark skies in a pollution-free environment.” The witch head nebula, one of the brightest stars in the Orion Constellation at Hanle, Ladakh
| Photo Credit: Obuli Chandran

Hyderabad-based management professional Arpita Bhaskar, recounts her pre-pandemic trip to New Zealand that was packed with visits to pristine beaches and volcanic mountains. However, what stood out was the stargazing experience at the Aoraki Mackenzie International Dark Sky Reserve at Mount Cook. “We were given a presentation about space inside a 360-degree-domed planetarium, after which the staff drove us in a bus, a 100 meters away, to the darkest spot in the universe. We could barely make out the outline of the telescopes and the guides in that darkness. When our turn came to view through the telescope, the feeling was nothing less than euphoric. As the guide’s laser beam kept pointing, we watched the planets, star clusters, galaxies, the Milky Way and the Southern Cross.”

The experience made her aware of how lights can obstruct our viewing of the sky. “The reserve had a no-light policy. When we turned back to leave, I couldn’t resist looking up at the sky and I was greeted with skies as dark as darkness could be, but lit with the brightest stars.”