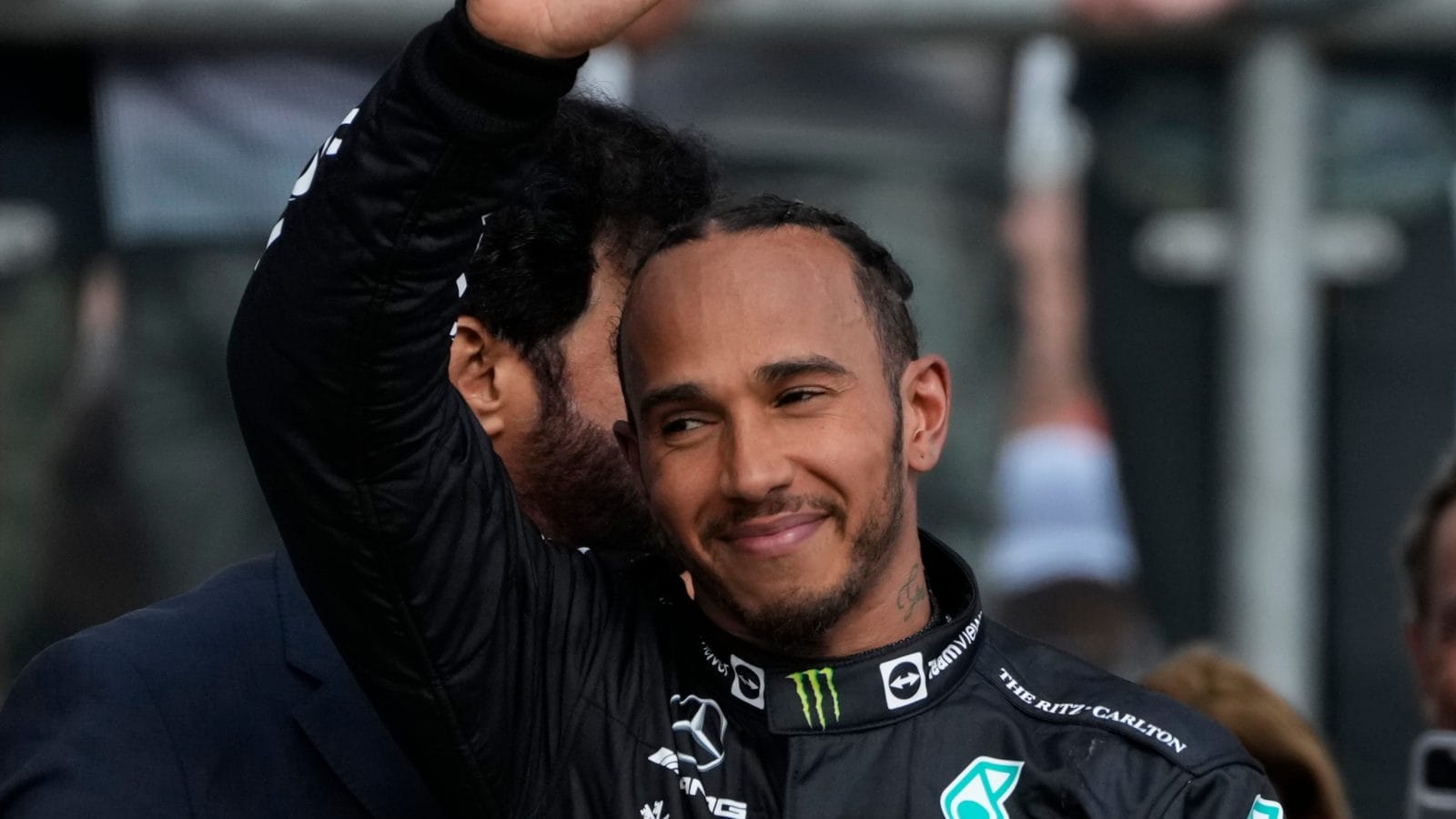 
Lewis Hamilton ranks Fernando Alonso as the toughest and fastest rival he has faced in his career, he said on Thursday ahead of his landmark 300th F1 race in Sunday’s French Grand Prix.

The 37-year-old seven-time world champion said also that he cherished the memories of his maiden Formula One event, the 2007 Australian Grand Prix in Melbourne when, aged 22, he stunned seasoned onlookers with his precocious talent.

He qualified fourth and finished third, behind two-time champion Alonso, the ferocity of their competition signalling how they would battle and fall out in the season ahead.

“I think it’s difficult to say who has necessarily been the strongest competitor because every time you’re with someone, you’re in a different place in your life,” said Hamilton.

“I remember the task of being alongside Fernando when I was 22. I was so young, mentally, and, of course, ok in terms of skill, but it’s a lot of pressure to go up against a great like Fernando.

“I would say on pure pace, Fernando. We had some good battles. I wish we could have more. Hopefully, he will continue to race so, hopefully, we’ll have more in the future.”

Hamilton was promoted to McLaren’s F1 team by team boss Ron Dennis who had helped guide his development.

He shone immediately and claimed his first win in his sixth race, the Canadian Grand Prix, before their rivalry became embittered, leading to Alonso returning to Renault for 2008.

Fifteen years later, a mellowed Alonso, now 41, said he held no grudges and had always enjoyed racing against Hamilton.

“I don’t think that he has changed much, to be honest,” said Alonso, who will race for Alpine against Hamilton’s Mercedes in this weekend’s French Grand Prix.

“He had the talent already in 2007, he still has the talent now with experience. He has been a tremendous driver, a legend of our sport, so it has been always a pleasure to share all this time with him.

“Back then probably no one thought that someone will be able to win seven titles as Michael (Schumacher) did. The journey has been amazing.

“The team that they built in Mercedes over these years was outstanding. Congratulations to the 300.”

In registering his 300th Formula One race start, Hamilton joins a clutch of drivers in an elite club – Kimi Raikkonen who started 349 races, Alonso 344, Rubens Barrichello 322 and both Michael Schumacher and Jenson Button on 306.

Of his maiden outing, Hamilton has clear memories.

“The whole realisation of a dream is a very surreal experience and it is always going to be your first – and there’s only one first,” he said.

“Just getting to that first Grand Prix, the amount of sleepless nights we all had as a family not knowing if we would reach that dream, but we never gave up nonetheless and, being there, that will be probably the real highlight.”