More
HomeNewsLarry the Cat and its Caviar woes were star of UK PM...
News 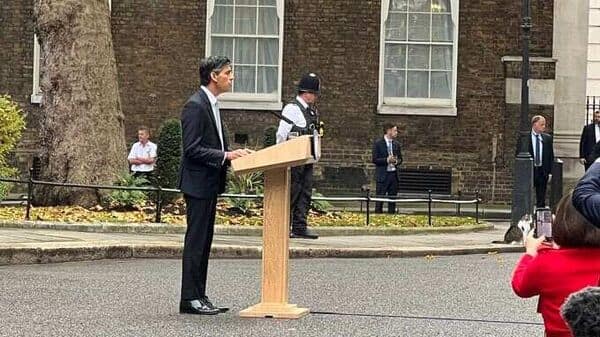 While the word is rejoicing what is hopefully the final political drama in the British government till 2024, onlookers have not forgotten Larry, the cat.

Larry the 10, Downing Street cat, who has continued to reign for almost 11 years as mouser-in-chief, kept calm and carried on, taking a relaxed morning stroll ahead of the arrival of his fifth prime minister.

Leaders may come and go but Larry, who even has his own satirical Twitter account, is now a feline fixture of British political life. Larry will have to share Number 10 Downing Street, and its half-acre garden — with the Sunak family’s 18-month-old pet Labrador, Nova.

“His family is loaded, so caviar and lobster on the menu for me from tomorrow,” Larry tweeted, looking ahead to arrival of the famously wealthy Sunak.

Rishi Sunak is becoming Prime Minister. His family is loaded so caviar and lobster on the menu for me from tomorrow.

Talking about the Britain’s Prime Minister debacle that grappled the country in the past 6 weeks, after Boris Johnson quit, Larry commented, “The King has asked me to become Prime Minister because this nonsense has gone on long enough.”

Taking to Twitter Larry posted several hilarious albeit sarcastic statement regarding the new UK PM Rishi Sunak. In another post Larry marked out who ws the ‘real boss’ in this whole event.

In the picture, Larry the cat is sitting beside a street light as Sunak makes an address. “My old pal Faisal Islam made sure to get an angle featuring the real boss around here,” the Twitter handle of the Cabinet Office’s “Chief Mouser” wrote.

“Love that the lady taking a photo on her phone is photographing Larry, not Rishi,” wrote a user. “It’s very reassuring to see. At least there’s consistency from one resident at Downing St.,” another person quipped.

Meanwhile as Sunak stepped up to address the country, outside Downing Street demonstrators delivered an amplified musical message.

One of the tunes they chose for the arrival of the “Star Wars” fan Sunak was “The Imperial March”, Darth Vader’s theme.

The lectern’s unusual appearance sparked surprise last month when Truss used it to make her first address in front of the prime minister’s residence at number 10 Downing Street.

British prime ministers in recent decades have each had their own personalised lectern.

But the speed of Sunak’s selection as party leader and prime minister following Liz Truss’s short and calamitous tenure meant Downing Street had to cast around for a stand left over from a previous administration.

The lecterns, which have a metal core to prevent them blowing over, usually take at least three weeks to manufacture at a cost of up to 4,000 pounds ($4,500), according to The Daily Telegraph.

Rishi Sunak has become the first person of colour, the first Indian-origin Prime Minister of Britain. Sunak is also the first PM to be appointed by the new monarch King Charles III after Queen Elizabeth II passed away last month.

(With inputs from AFP)