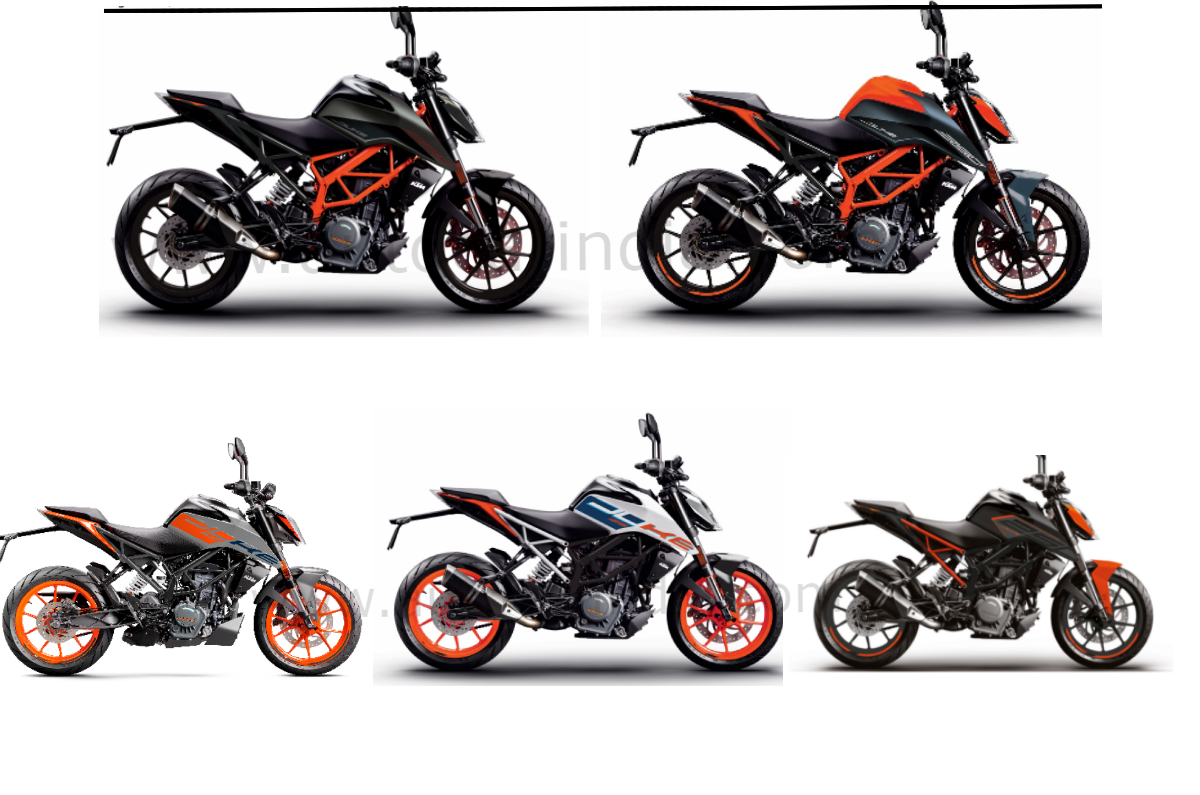 KTM’s Duke range has been a popular choice, ever since the sporty naked bikes made their debut in India with the 200 Duke in 2012. We now have access to images of new colourways that will debut on the entire KTM Duke range next month.

Starting with the smallest machine in this range, the 125 Duke gets a brand-new white/orange/blue colourway draped onto a black frame paired with a white subframe. The electric orange colour is carried over from the previous version with the white colourway being discontinued.

The 200 Duke gets a new paint scheme, with a base grey adorned with blue/white/orange accents with an all-black combination for the frame and subframe. The electronic orange colour continues to be on offer, with the ceramic white option being given the boot.

Perhaps the most subtle paint option ever to be offered on a KTM, the 250 Duke gets a new grey/black base colour with hints of orange, as well as an orange front fender and headlight shrouds with an orange subframe bolted onto a black frame. The Dark Galvano colour continues to be on sale, while the silver option is axed.

The Husqvarna Svartpilen 250 will be available in a brand-new black/blue/beige colourway as well, with the current one being replaced.

Last, but by no measure least, the 390 Duke gets the biggest update of this lot, with two brand new colourways. While the Dark Galvano colour option was discontinued for the 250 Duke, it makes an appearance on its elder sibling, the 390. The other option known as Liquid Metal pairs a largely orange bike with hints of blue/black thrown in. Both colourways feature a black subframe bolted onto an orange frame. This is also the first time that in its nearly nine-year-long model run, the manic 390 Duke doesn’t feature orange wheels on any colour option available.

Which of the new colourways do you feel is the best-looking? Let us know in the comments section below.