More
HomeSportsKohli didn't have to prove, players like him...: Roger Binny's on former...
Sports

Kohli didn’t have to prove, players like him…: Roger Binny’s on former captain 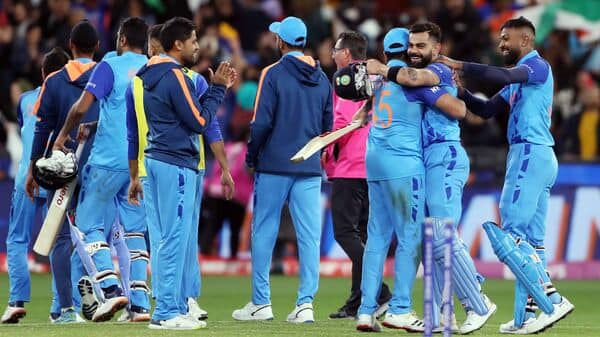 BCCI President Roger Binny has made a big statement on former Indian captain Virat Kohli. He has labelled his match-winning innings like a dream and treat for the viewers.

His response came as many doubters had raised questions about his spot in the format, Kohli slammed an unbeaten 82 to snatch victory from the jaws of defeat against Pakistan on Sunday.

The newly-appointed BCCI president called the batter’s innings phenomenal. He termed the India and Pakistan match a rarity and a treat for the viewers who throng to the stadiums for such matches.

“It was like a dream for me. Couldn’t realise the way the ball was being hit in the park by Kohli. It was a fantastic victory. You never see such matches where most of the time the match was in Pakistan’s favour and all of a sudden it came back to India. Good for the game as it’s what the crowd wants to see,” expressed Binny at his felicitation ceremony at the Karnataka State Cricket Association (KSCA) on Friday.

Answering if the former captain has finally proven himself after his superb knock against Pakistan, he said, “Kohli didn’t have to prove himself. He is a class player and players like him thrive in pressure situations, pressure brings out the best of them.”

“When you lose the game, you should take it squarely and fairly, people should appreciate the way India played to win the game,” stated the BCCI president on allegations of the final over no-ball not being checked by the umpires diligently.

Talking about his felicitation ceremony at the KSCA, he said, “Today is one of the most memorable days of mine at the KSCA as I’ve never had such a good reception by fellow members of the committee and colleagues of the KSCA. I have never had such a good rapport with them anytime. Happy to be a part of the KSCA as I’ve served it for 50 years as a cricketer, from U-19 in 1973 to the right until now and proud of being a Karnataka player.”

“They should have had a reserve day as they had it in the 1983 World Cup. They could have done that,” suggested the former player on the matches being washed out in the T20 World Cup.

“It’s good that the junior teams are coming up. Zimbabwe and Ireland have proved it in this T20 World Cup. You can’t take the smaller teams lightly anymore. They can easily beat you. I think it will be difficult for Pakistan to make it to the semi-finals. It will be my greatest joy and wish if that happens but cricket is a funny game, you never know, it can happen anytime,” said Binny regarding the chances of Pakistan qualifying for the semi-finals.

Pakistan on Thursday lost it’s Super-12 match to Zimbabwe in a low-scoring thriller by a solitary run in the final over of the match.

Apart from his, Australian legend Greg Chappell rated the former skipper as the “most complete Indian batsman” of his time. Describing the innings as a “song by God”, the 74-year-old said: “None of the greats of bygone eras could have dismembered of an opponent so brutally without compromising the niceties of the art of batting than Kohli did last Sunday night.”

Meanwhile, the Star Indian batter has crossed 1,000 runs in 2022 after two back-to-back years of not being able to touch the four-digit mark. Virat accomplished this landmark during his side’s Group 2, Super 12 match against Netherlands of the ongoing ICC T20 World Cup at Sydney Cricket Ground.

In the match, Virat scored an unbeaten 62 off 44 balls. His knock consisted of three boundaries and two sixes.