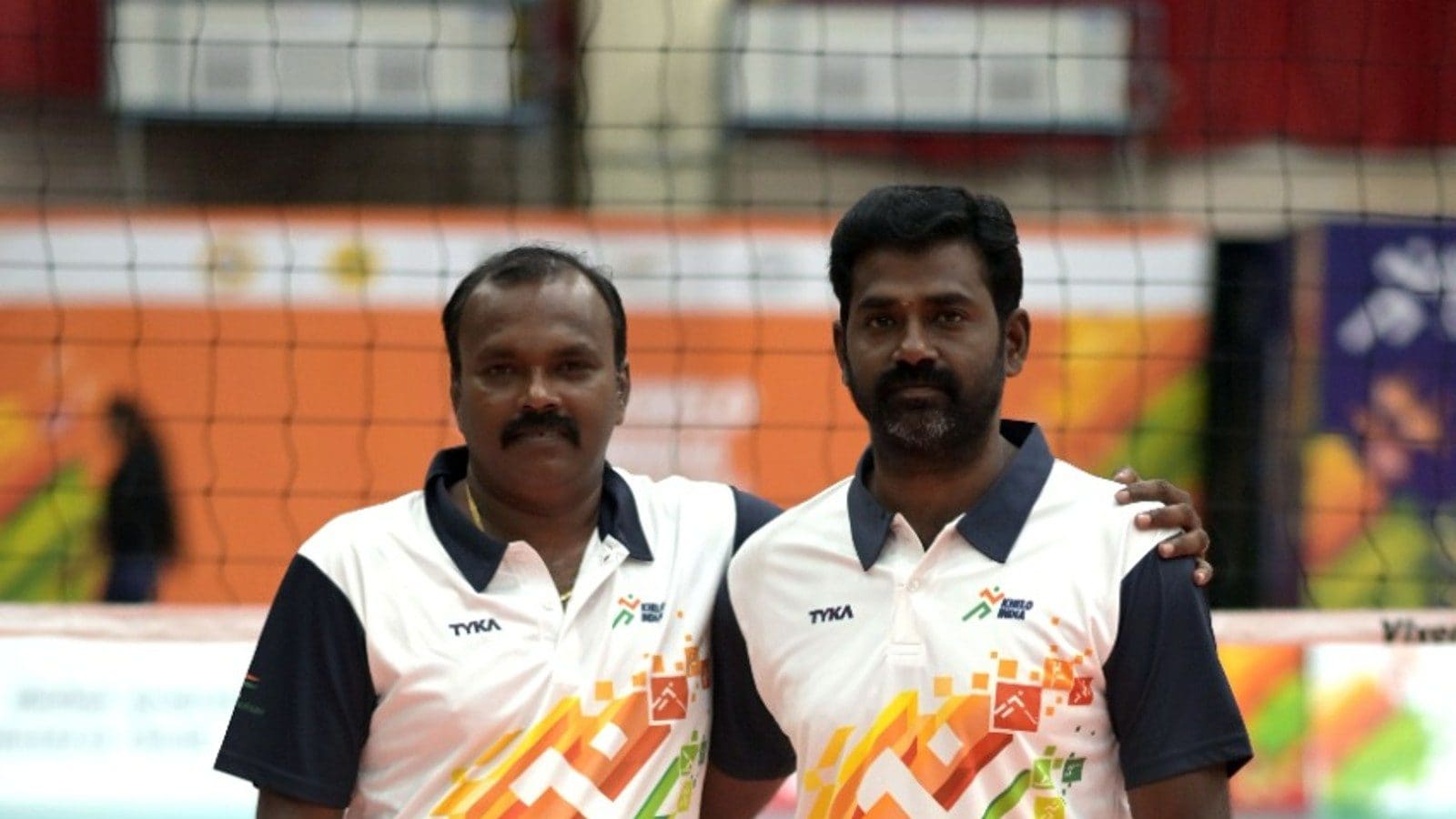 
Deep in the third set of the second women’s volleyball semifinal, Ananthakumar’s frustration boiled over. His team, Bharathiar University had won the opening two games comfortably against MG University, Kottayam. At the start of the third, they ran away into a six-point lead, before MGU started chipping back. The tension was palpable, and Ananthakumar, prowling so close to the touchline so as to be almost infringing on the court, was screaming at his players to do more.

“The third set is very important in a game of volleyball,” he says. “Even if you have a two-set lead, if you lose the third, the momentum shift can turn the match around. That’s why I was really agitated.”

There were other reasons too. MG University were the bronze medallists at the All India Inter-University Championships in 2021 and had Bharathiar in the quarterfinals. Revenge was cooking. When it was finally served (Bharathiar won 25-19, 25-15, 25-20), it was done on the back of simple adjustments the team made, having learnt from their loss.

“They have good blockers, we knew that,” Ananthakumar says. “The difference would be the serve and I can say that we didn’t fault a single time today and always served deep, it was a big difference from earlier.”

Sitting in the audience was the team Bharathiar would meet in the final, the defending All India Inter-University champions SRM University. SRM University beat Adamas University 3-0 (25-20, 25-14, 25-15) in the first semifinal. Ananthakumar celebrated by first hugging his team and then rushing over to meet and hug their coach, VK Omprakash.

“We are best friends,” Omprakash grins. “I couldn’t be prouder that we’ll be playing them. They’ve struggled a lot for a few years, with funding, scouting etc and this result will be a big boost for everyone.”

“Their success with a single blocker system is also something to think about,” he says. “We are aware of their strengths and they know us very well. It will be a great game.”

The two teams had earlier faced off in the group stage, SRM running out winners 3-0 (25-19, 25-21, 25-11) but Omprakash expects a tougher challenge in the final. “Most importantly though,” he says, “we’re just happy to be playing each other in the final. Two Tamil Nadu teams! It’s great!”

As if to prove their point, the two coaches and teams insist on getting a group picture together on the court after Bharatiar’s victory. Ananthakumar and Omprakash both echo the thought that this kind of result, and a medal sweep might even result in more state interventions for the sport. “It will be great if there can be more jobs for women volleyball players,” Omprakash says. “The Railways is their only option right now, but hopefully regular results like this, at such well organised and high profile events like the Khelo India University Games, will get us more attention. The girls can only get better.”