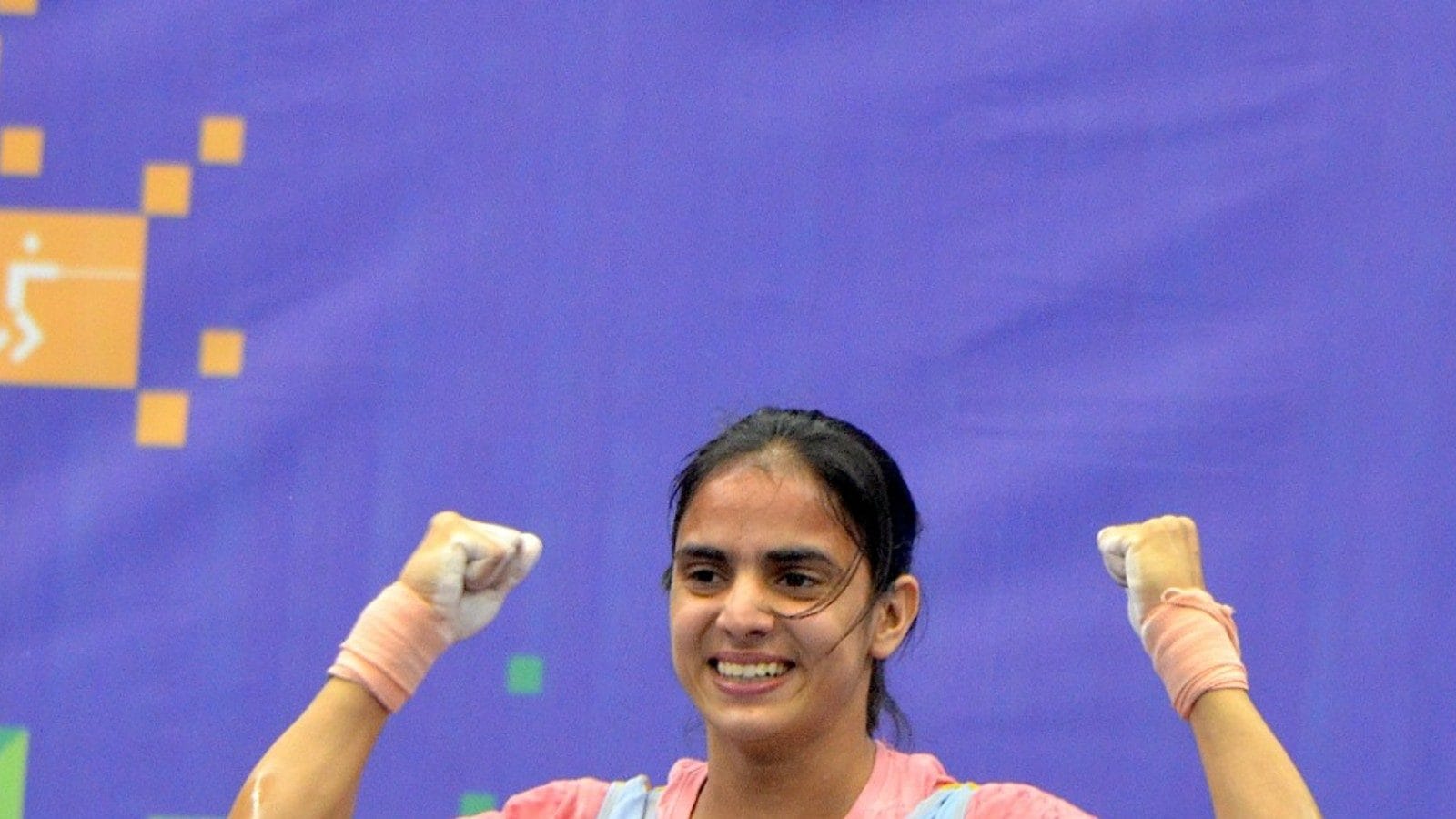 
The diminutive Komal Kohar (Maharshi Dayanand University, Rohtak) was so focussed on doing well in the Khelo India University Games 2021 that she did not know she had the privilege of winning the first gold medal at the Sprintoor Arena at the Jain Global University campus today.

Komal Kohar lifted 70kg in snatch and 90kg in clean and jerk. She holds the National Record in the snatch (73kg) in her weight class and hopes consistency will put her in contention for the national team. “Weightlifting is witnessing a mainstream resurgence in the country thanks to Mirabai Chanu’s medal. I hope to emulate her, but there is a long way to go,” she said.

Komal Kohar’s father passed away a few years back after a prolonged illness, and she has taken weightlifting more seriously than before in his memory. A second-year BA student at Maharshi Dayanand University, she kickstarted the medal rush on Sunday, outclassing her rivals with ease to win gold in the women’s weightlifting 45kg class.

“In Khakhoda, there are many weightlifters, and as a kid, I was drawn to the sport but after spending some as a track and field athlete,” Komal Kohar says. “Despite what people around us said, my father was hugely supportive and let me take up the sport. I’m thankful to him for that.”

The 19-year-old, who finished with a silver in the last edition, was beaten by Sakshi Prakash Mane (138kg). Here, she bettered not just her medal colour but also her overall performance by an outstanding 27kg, setting a new KIUG record each in the snatch, clean and jerk and total.

Komal Kohar, who hails from Sonepat, lifted a total of 160kg (snatch 70kg, clean and jerk 90kg), which was a 2kg improvement from her winning mark at the Inter-University Championships in December last year. The reason for just outstanding improvement — repetition and rendition.

“Over the past year and a half, my coach has tightened my technique. There were many weaknesses, and my clean and jerk were quite raw. The results are proof that I’m doing things the right way,” she said. A TOPS Development Group athlete, she won gold at the Khelo India Youth Games in Guwahati and has a happy history at the Games.

She trains at Kalpana Chawla Academy in Kharkhoda, under coach Satyavan. A former weightlifter and a NIS coach. “Earlier, she would rely on just her natural strength. Over the last year, our focus has been to get her to drop deeper and use her hips more. Her performance is a perfect example of why technique matters,” he said.