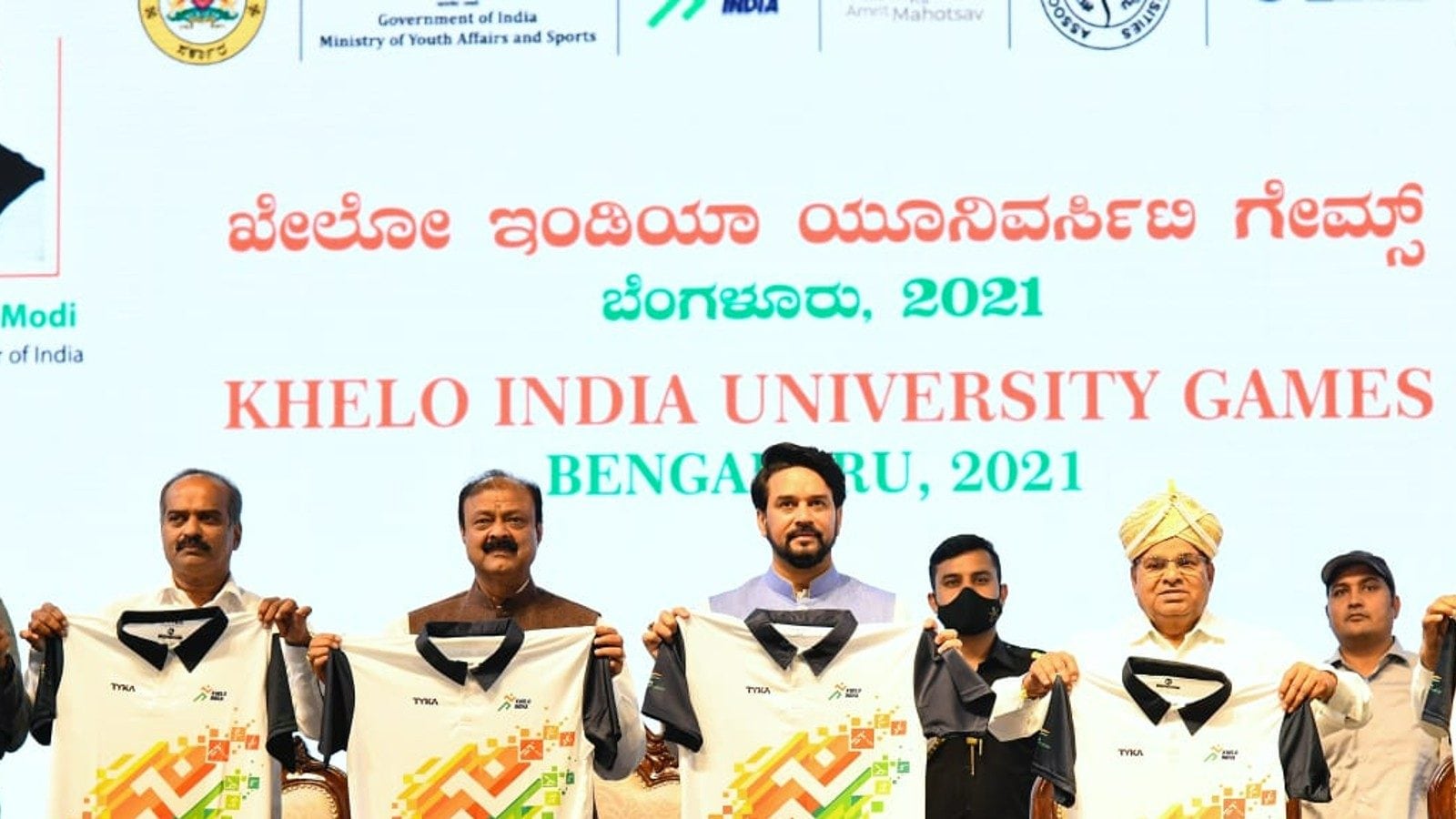 
With just two weeks left for the most-awaited Khelo India University Games 2021, the Government of Karnataka, along with the Ministry of Youth Affairs and Sports, the Government of India, is all geared up to host the biggest national sporting extravaganza post-pandemic in Bengaluru with Jain University as the host University for the Games.

The coveted event, which aims to create a platform for youth to showcase their sporting excellence and provides universities from across India a chance to showcase their supremacy outside the education curriculum, is slated to begin on 24th April and conclude on 3rd May.

Over 4,500 participants representing around 190 universities will vie for top honours in 20 different sports including indigenous sports like Mallakhamba and yogasana being introduced for the first time in Khelo India University Games 2021.

While addressing the media on Monday, Dr KC Narayana Gowda, Minister of state youth empowerment and sports stated that “We are absolutely delighted to host the second edition of Khelo India University Games in Jain Deemed-to-be University. This is a great initiative under the leadership of Prime Minister Narendra Modi which will provide the right platform for aspiring athletes to step up their performance at the national level and get to experience a mega multi-discipline Games.”

“The Karnataka Government is ensuring all preparations are in place so these budding stars can experience a unique Games and we want to ensure the best infrastructure for them to compete. We have received unparalleled support from the Union Ministry of Sports and SAI and our officials are also working round-the-clock to make sure all participating universities have a memorable Games and enjoy the hospitality of Karnataka,” continued Dr Gowda.

Football, table tennis, badminton and tennis will be held at the Jain Sports School and shooting will be held in SAI, Southern Centre. Both Campuses boast world-class infrastructure with state-of-art amenities for sporting excellence.

A newly-laid synthetic turf for athletics at the Kanteerava Stadium will be used for the first time during the Khelo India University Games while a renovated Field Marshal Cariappa stadium awaits hockey teams to take to the field.

Karnataka Government has also taken up the initiative of making this a unique event by promoting environmental sustainability.

Calling it the ‘Green Games,’ the organizers will ensure there won’t be any use of single-use plastic at the venues, the Games will serve food at all venues with reusable cutlery and make provision for segregated waste storage and management.

“The Khelo India University Games, envisioned by Honourable PM, is organised under the aegis of the Khelo India Scheme, and was started with the thought that in all developed countries Universities act as the bedrock of sporting talent for international competitions such as the Olympics and India should look at University athletes with more seriousness,” stated Smt Sujata Chaturvedi, IAS, Secretary Sports, Government of India.

She further said, “The Khelo India Games is unique because we host it in association with a new state every year, thus ensuring that the culture of sports is spread across the country. The first edition of KIUG was held in Odisha and was a major success with around 3150 athletes participating in KIUG 2022 which is being hosted by the Government of Karnataka, the numbers have gone up by 50 per cent with more than 4500 athletes participating.”

“The popularity and importance of KIUG is definitely on the rise. The large number of participants and the high level of technical conduct of the Games in state-of-art venues make the Khelo India University Games one of the biggest University-level Games in the world, and I am confident that these Games will throw up many more champions this year.”