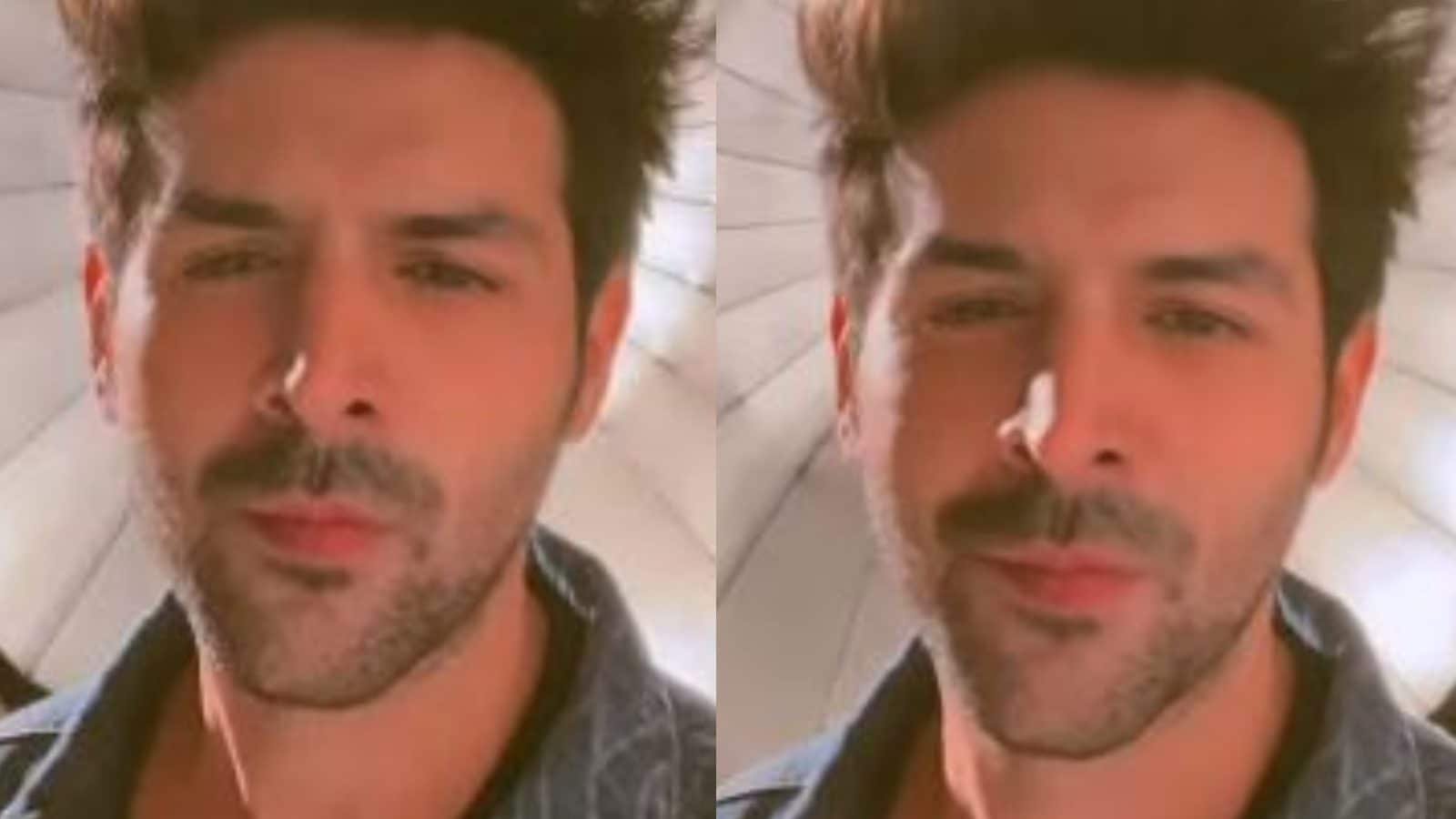 
Kartik Aaryan is one of the most loved celebs in the industry. The Sonu Ke Titu Ki Sweety actor is considered one of the most talented actors in the young generation of Bollywood. He made his acting debut in 2011 with Luv Ranjan’s Pyaar Ka Punchnama. Later, he became a household name with the 2018 film, Sonu Ke Titu Ki Sweety and the graph of his career in the movies has only been going upward since then. Kartik is running high on the success of Bhool Bhulaiyaa 2, is one of the second highest-grossing Hindi film this year and it collected a gross worldwide collection of Rs 266 crores. The movie is a sequel to Bhool Bhulaiyaa, led by Akshay Kumar and Vidya Balan.

Kartik often keeps his fans updated with his day-to-day activities on social media. Just a while ago, he took to his Instagram story and shared a short video of himself recreating the solar eclipse. In the video, Kartik looks handsome as he holds camera, with him standing in front of studio light. The actor is seen recreating the solar eclipse as he posed as the moon and referred to the light (as the sun).

For those unaware, the last solar eclipse of the year took place today on October 25. It was a partial eclipse of the sun and in India, it started in the afternoon. The eclipse was also visible in various parts of Europe, North-east Africa and West Asia. The phenomenon of the partial solar eclipse is relatable to a solar eclipse, which occurs when the moon passes through the sun and three of them align parallel to each other. An annular solar eclipse or partial eclipse is when the sun appears to have a dark shadow on only a small part of its surface. The complete ending of the eclipse won’t be visible as it will be followed by sunset.

The obscuration of the sun by the moon was approximately 40 and 50 per cent at the time of the maximum eclipse in the north-western parts of the country. The rest of the country will be less than the above values.

Meanwhile, on the work front, the Dhamaka actor will star in Anurag Basu’s Aashiqui 3. He also has Shehzada which is an official Hindi remake of the Allu Arjun starrer South film Ala Vaikunthapurramuloo and will also feature Kriti Sanon in the lead. Apart from this, Kartik also has Shashanka Ghosh’s Freddy with Alaya F, and an action movie with director Kabir Khan, which is also being produced by Nadiadwala and Grandsons. Kartik will collaborate with Hansal Mehta in the social drama Captain India, in which he will essay the role of an airforce officer.