More
HomeNewsKarnataka-Maha border row: Discussions with Amit Shah should be made public
News

Karnataka-Maha border row: Discussions with Amit Shah should be made public 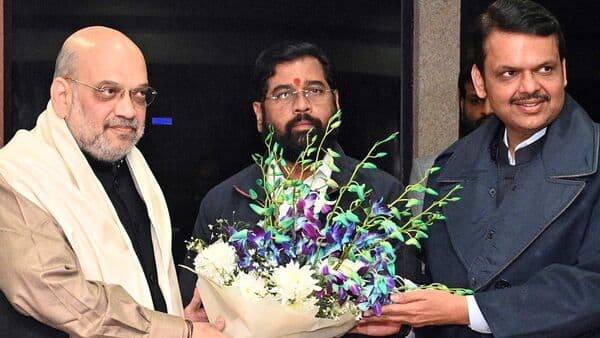 Days after Union home minister Amit Shah met Karnataka Chief Minister Basavraj Bommai and Maharashtra Chief Minister Eknath Shinde to discuss the border row, the opposition in Maharashtra demanded that the discussion should be made public. The feud over old demand has escalated between the two states.

“Karnataka and Maharashtra CMs’ talks with Union HM Amit Shah should be made public. We’ll support it if the state government brings proposals on the border issues,” said Leader of Opposition Ajit Pawar.

He further added that it had been an old demand to add border areas with Maharashtra.

“It’s our old demand that Belagavi, Nipani, Karwar and other border areas should be joined with Maharashtra,” said Maharashtra Leader of Opposition Ajit Pawar.

Meanwhile, Shah, who recently chaired a meeting with Karnataka Chief Minister Basavraj Bommai and Maharashtra Chief Minister Eknath Shinde regarding the matter, suggested that the two states will not make any claim against each other until the Supreme Court spells out the verdict.

Shah said, “The meeting between Maharashtra and Karnataka on the border issue was held in a positive atmosphere today.”

“Until the Supreme Court gives the decision in the matter, none of the two states will make any claim on each other. Three ministers from both sides will meet and discuss the issue. The ministers will also resolve other issues pending between the two states,” he said.

He also urged the opposition parties of both states to not “politicise” the issue.

“I urge the opposition parties of both Maharashtra and Karnataka not to politicise this issue. We should wait for the outcome of the discussions of the committee formed to resolve this issue and the decision of the Supreme Court. I am confident that NCP, Congress, and the Uddhav Thackeray group will cooperate,” he said.

The Karnataka and Maharashtra border row will be discussed during Maharashtra assembly, which starts tomorrow. Mentioning the same, Deputy Chief Minister Devendra Fadnavis said that a proposal pertaining to the same will be passed in the winter session.

“We will pass a proposal pertaining to the Karnataka-Maharashtra border row in the winter session of the state Assembly. CM Eknath Shinde will table the proposal in the Assembly,” said Fadnavis.