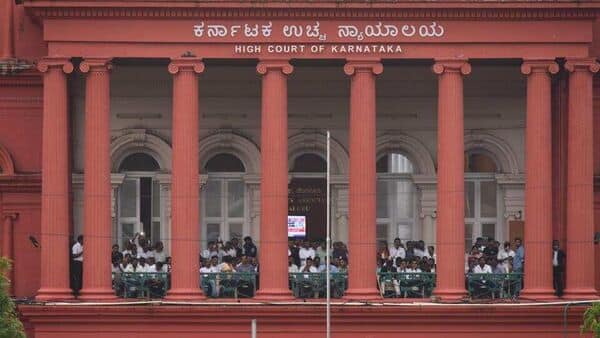 Karnataka High Court upheld an order by the police department to withdraw the No-Objection Certificate issued for the sale of firecrackers within the limits of Bengaluru city. Interestingly, maybe for the first time ever, the court used photographs of people injured by firecrackers such as youngsters and children who lost their eyesight to firecracker injuries in its judgement.

In its judgement, Court said on the pages where photographs were inserted, “This would make the Makers of the Constitution to shiver in their grave. There cannot be a greater violation of the right to life, limb and liberty,”

The single judge bench of the Karnataka High Court led by judge Krishna S Dixit rejected a plea filed by several traders who had challenged the decision of the Karnataka Police department to withdraw the NOC.

Bengaluru’s Commissioner of Police had withdrawn the NOC to firecracker sellers in 2012, which was upheld by the Director General of Police in 2013. The traders then challenged the decision in the high court which gave its decision on July 29, 2022.

Karnataka High court while dismissing the petition said, “Indisputably the ill effects of firecrackers cause irreversible damage to the environment. Apart from infants, expectant mothers and patients (more particularly those having heart ailment and high blood pressure) even animals and birds too feel the violence due to bursting of crackers.”

The judgement further read, “If the petitioners have to shift their ‘apple carts’ to safer areas, quitting the lanes in question, other similarly circumstanced businessmen cannot be permitted to cling on to the same area. What applies to goose applies to gander, as rightly contended by the counsel for the State,”

The rule withdrawing NOC to firecracker sellers will now apply to all traders within the Bengaluru city limits and not just the petitioners.

The single judge bench remarked that the sale of firecrackers falls under the category of goods like poison, liquor, tobacco, and explosives and cannot be covered under the Fundamental Right under Article 19 of the constitution.

“It hardly needs to be stated that the explosive substances being ‘res extra commercium’ like the liquor, poison, etc., no citizen can claim an unrestricted fundamental right under Article 19(1)(g) of the Constitution,” the court said