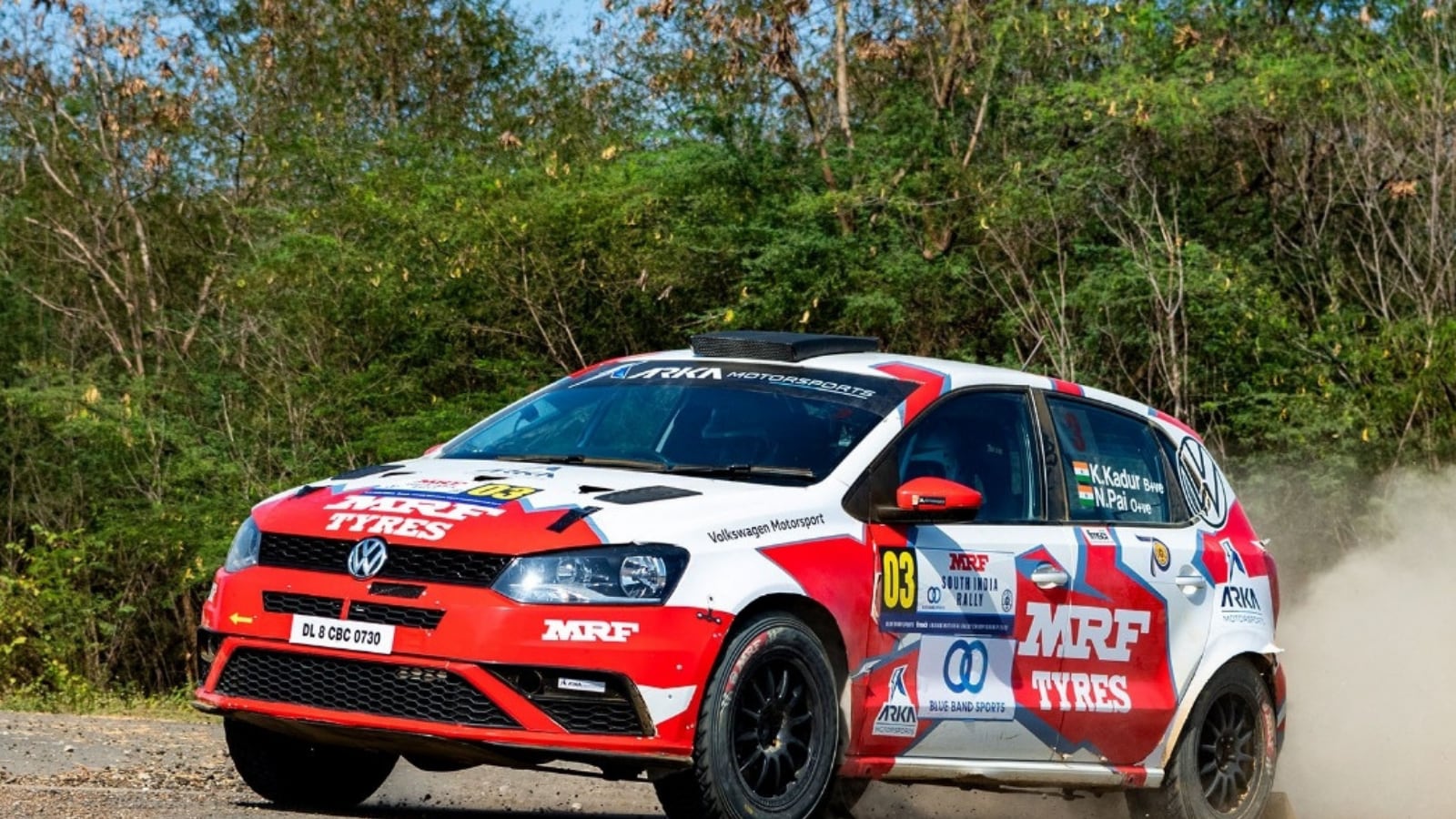 
The Bengaluru pair of Karna Kadur and co-driver Nikhil Pai (Arka Motorsports) overcame teething issues to head the Overall standings on the conclusion of Leg-1 in the MRF 45th South India Rally, the first round of the FMSCI Indian National Rally Championship 2022, which also saw the early exit of seven-time National champion Gaurav Gill (Musa Sherif) due to a mechanical problem.

On Saturday, going into the overnight parc ferme, Kadur, winner of the Asia Cup round of the FIA Asia-Pacific Rally Championship at the same venue last month, led Mangaluru’s Dean Mascarenhas (co-driver Gangan Karumbaiah, Kodagu) by a mere 2.9 seconds.

The two leaders were followed by Chettinad Sporting’s 2021 National champion Aditya Thakur (Virender Kashyap) from Himachal and Pallakkad’s Fabid Ahmer (Sanath G) in the provisional Overall classification. With five more Stages to be run on Sunday, just 17.6 seconds separated the top four contenders, pointing to a thrilling finish on Sunday.

After Gill’s retirement in the day’s second Stage, it was essentially a four-way battle for top honours, involving Kadur, Mascarenhas, Thakur and Ahmer. As the day progressed on Saturday, Kadur and Mascarenhas stepped up the pace to pull away from the others. Kadur won three of the five Stages while Mascarenhas topped the other two.

“It was not the best of the runs as we had issues in the morning in SS-2 and we lost some time. We lost the boost about 10kms into the Stage and we had to drive conservatively. After the service break, we had to play catch up. We made some time on the front-runners and we are happy to take the lead at the end of the first leg,” said Kadur.

For Gill, his run of bad luck continued. “The drive shaft got twisted in SS-2, just a km before the finish, may be due to metal fatigue. But the car was handling good till then. We also tested a new set of tyres on all the cars and we were doing 3/10ths faster and the performance of tyres was really good. We will try and get the car back into action tomorrow to collect maximum leg points for the championship,” said Gill who had to deal with similar issues last season too.