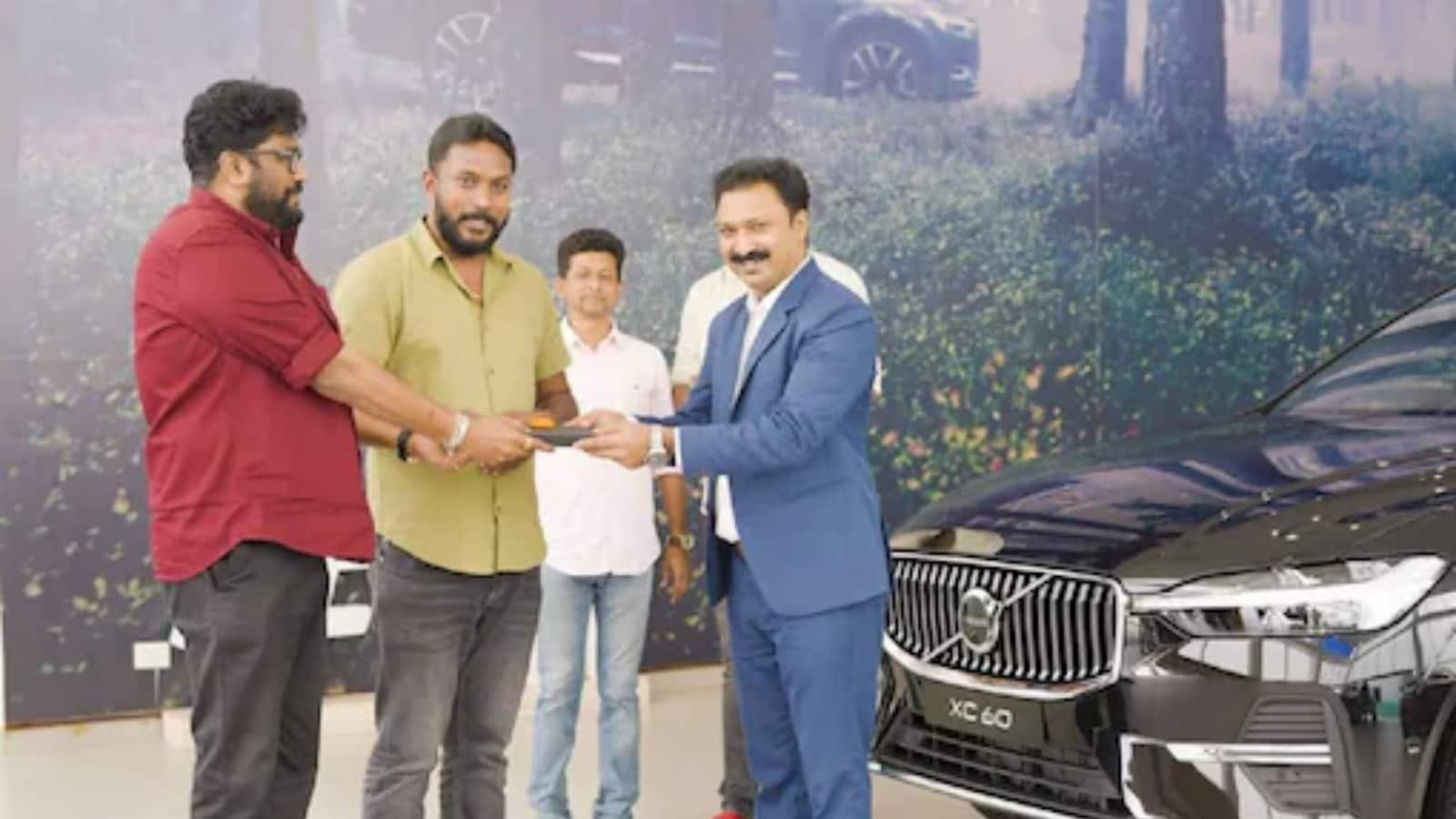 Shaji Kailas has apologised over the scene.

There were rumours that after the success of Kaduva, Shaji Kailas has bought a Volvo car.

Kaduva-starring Prithviraj Sukumaran was directed by Shaji Kailas. After the massive success of Kaduva, there were rumours that Shaji Kailas has bought a luxurious car. Many photos were circulating on social media, in which the filmmaker was seen posing infront of a Volvo car. Now, after the rumours, Shaji Kailas has taken to social media to clarify the news.

The director shared photos with the car and said that the car was purchased by Dolwin Kuriakose, who is a producer. The Volvo XC60 costs around Rs 65 lakh.

Shaji Kailas wrote, “I have noticed there were rumours that I had purchased a Volvo. However, there is no truth to such claims. This car belongs to Dolwin Kuriakose, my friend and the producer of my upcoming movie ‘Kaapa’ starring Prithviraj and Asif Ali. He had wanted me to receive the car keys, to which I willingly obliged. More blessings to his car and his movie.”

Kaduva starring Prithviraj Sukumaran was a hit, however, some scenes of the film didn’t go well with netizens. Many felt that a scene in the film was offensive to children with disabilities and their parents. Later, the production house accepted the error and the scene was cut from the movie. The State Commissioner for Persons with Disabilities also issued notices to filmmaker Shaji Kailas and film’s producers Supriya Menon and Listin Stephen seeking an explanation for the derogatory dialogues.

Shaji Kailas has apologised over the scene. The filmmaker said that the scene was a mistake and requested everyone to forgive him as it was a human error. It was captioned as “heartfelt apology” and was shared on Facebook.

After Kaduva, Shaji Kailas is busy directing Kaapa in Thiruvananthapuram.