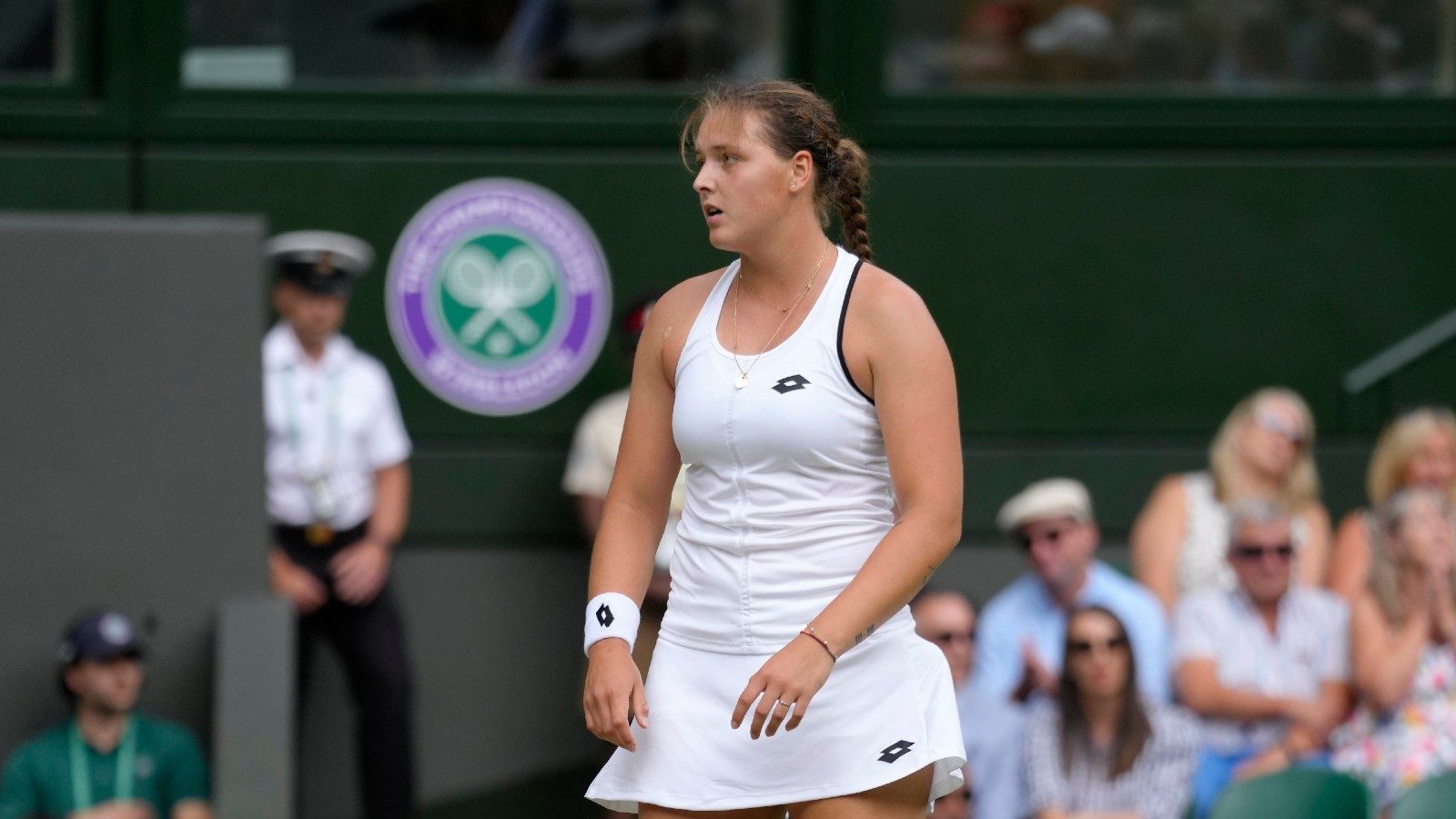 
Jule Niemeier beat Heather Watson 6-2, 6-4 on Sunday to set up an all-German Wimbledon quarter-final against Tatjana Maria in only her second Grand Slam main-draw match.

The 97th-ranked Niemeier broke home favourite Watson twice in the first set to establish a firm grip on the match on Centre Court following celebrations to mark the stadium’s 100th anniversary.

The pair swapped service breaks at the start of the second set before a Watson double-fault in the seventh game put Neimeier in the driving seat.

Britain’s Watson, playing in the fourth round at a Grand Slam for the first time, battled hard, saving two match points in the 10th game, but Niemeier converted her third match point when Watson netted with a backhand.

The 22-year-old only made her main-draw debut in a major in this year’s French Open.

“I’m super proud of myself, after playing on Court One and playing a really good match two days ago and coming out again and performing without missing that many balls was pretty good so I’m really happy with today,” said Niemeier.

Mother of all wins as Maria reaches Wimbledon quarters

Maria, ranked 103, fired nine aces and exploited Ostapenko’s all-or-nothing approach which resulted in 52 winners and 57 unforced errors for the Latvian.

Maria made her Wimbledon debut back in 2007, but had never previously got beyond the third round of a Grand Slam.

“It makes me so proud to be a mum — that’s the best thing in the world,” said Maria, who only returned from a second maternity leave less than a year ago.

“I love my kids. To be able to do it together, it makes this really special.”

Maria will face fellow German Jule Niemeier for a place in the semi-finals.