‘Journalists being reinstated on Twitter, but serious concerns remain’: UN 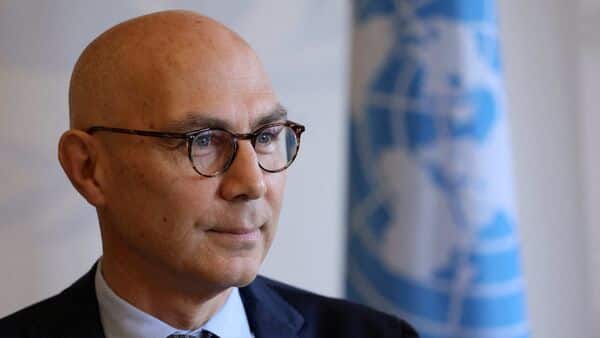 “Good news that journalists are being reinstated Twitter, but serious concerns remain,” Volker Turk said on the platform, insisting “Twitter has a responsibility to respect human rights.”

Good news that journalists are being reinstated @Twitter, but serious concerns remain. Twitter has a responsibility to respect human rights: @elonmusk should commit to making decision based on publicly-available policies that respect rights, including free speech. Nothing less.

Musk had drawn anger and warnings from the European Union and United Nations after suspending the accounts of more than half a dozen prominent journalists from the New York Times, CNN and the Washington Post, who he accused of endangering his family.

But he suddenly announced late Friday that the accounts would be reinstated.

“The people have spoken. Accounts who doxxed my location will have their suspension lifted now,” the Twitter owner tweeted.

Turk voiced concern at the way the determinations were reached, calling on Musk to “commit to making decisions based on publicly available policies that respect rights, including free speech. Nothing less.”

The latest controversy began when Musk on Wednesday suspended @elonjet, an account that tracked flights of his private plane.

Musk, a self-declared free speech absolutist, said the move was necessary after a car in Los Angeles carrying one of his children was followed by “a crazy stalker” and seemed to blame the tracking of his jet for the incident.

Some of the journalists had reported on the affair, including tweets linking to the suspended @elonjet account, which Musk said amounted to offering “assassination coordinates” against him and his family.

In a chat hosted live on Twitter, Musk had provided no evidence for his claim but told some of the suspended reporters that on Twitter “everyone’s going to be treated the same”. You’re “not special because you’re a journalist.”

Musk’s move to suspend the journalists’ accounts had drawn sharp criticism from media organisations, the European Union and United Nations.

The spokesman for UN chief Antonio Guterres called it a “dangerous precedent at a time when journalists all over the world are facing censorship, physical threats and even worse.”