The debate sparked after minister Ashwini Kumar Choubey visited Jim Corbett National Park on October 3 and mentioned it as Ramganga National Park in the visitors’ book. 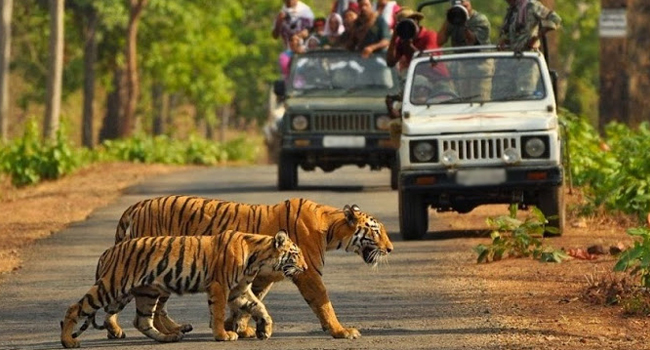 The Uttarakhand government clarified on Thursday that it has neither received any proposal nor was in favour of changing the name of Jim Corbett National Park to Ramganga National Park. Forest minister Harak Singh Rawat told News18 that Corbett was just not a name albeit a “national pride”.

“Corbett cannot be confined to a region — Kumaon, Garhwal or Uttarakhand. Corbett was a legend and a national pride who inspired people across the globe. It is neither feasible nor practical to change the name of the park,” said Rawat. “The state has not received any such proposal (to rename park)”.

What is the controversy?

The debate over renaming Corbett National Park took off after Ashwini Kumar Choubey, Union minister of state for forest and environment, visited the park on October 3 and mentioned Corbett as Ramganga National Park in the visitors’ book. Choubey wrote, “Ramganga National Park (Corbett Tiger Reserve) is very captivating and surrounded by nature”. A copy of the page is exclusively with News18.

Corbett park director Rahul confirmed that the minister had said the park should get an ‘Indian’ name – Ramganga — as it was previously. “We shall follow instructions of the government if it comes,” Rahul said.

Interestingly, Ramganga is the name of a river that flows through the national park and is also a thriving habitat for crocodiles. According to the records, the British government established Hailey National Park in 1936. Post-Independence, the park in early 1950s was renamed as Ramganga National Park for a brief period before it was finally changed to Jim Corbett National Park.

The park has been named after Edward Jim Corbett who spent his childhood in Nanital and Kaladhungi. After Independence, Corbett left for Africa along with his sister where he died in 1955.