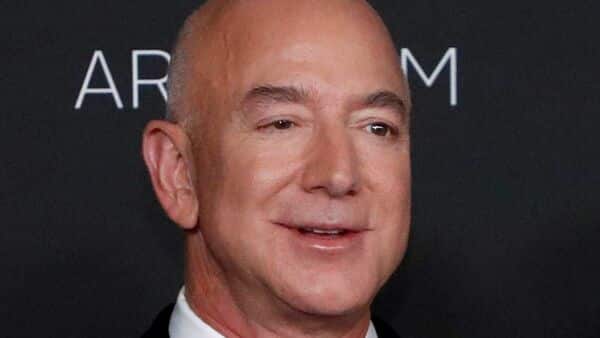 Amazon founder Jeff Bezos has criticized President Joe Biden for calling on oil companies to lower sky-high gasoline prices, prompting the White House to come to the US leader’s defense on Sunday.

“My message to the companies running gas stations and setting prices at the pump is simple: this is a time of war and global peril,” Biden tweeted Saturday.

“Bring down the price you are charging at the pump to reflect the cost you’re paying for the product. And do it now,” Biden added.

Bezos said Biden’s remarks amounted to “either straight ahead misdirection or a deep misunderstanding of basic market dynamics.”

“Ouch. Inflation is far too important a problem for the White House to keep making statements like this,” the US billionaire tweeted Saturday.

Ouch. Inflation is far too important a problem for the White House to keep making statements like this. It’s either straight ahead misdirection or a deep misunderstanding of basic market dynamics. https://t.co/XgKfEICZpk

Gasoline prices at the pump have become a symbol of broader price rises in the United States, and they are sapping Biden’s approval rating ahead of legislative elections in November.

Biden has regularly attacked oil companies, saying they only care about profits and not the well-being of the average consumer.

The companies say in turn they have increased production to try to tame prices but that these are set on the world market and are subject to dynamics that are not under the control of US oil giants.

White House Press Secretary Karine Jean-Pierre said on Twitter Sunday that oil prices have dropped about $15 a barrel over the past month.

“But prices at the pump have barely come down. That’s not ‘basic market dynamics.’ It’s a market that is failing the American consumer,” she wrote.

Gasoline prices have been above $5 a gallon since early June, which is unprecedented in the car-crazy nation. Prices have fallen slightly since, but remain far from the $3 a gallon level of a year ago.

“The president is working very, very hard across many fronts… to try to bring that price down,” Kirby said.

He cited Biden’s proposal to suspend the federal gas tax this summer — this would need congressional approval — and his decision to tap the US strategic oil reserves to put more product on the market.

“He knows that it is not going to solve all the problems, but it will help if everybody cooperates on this. We could bring the price down at least by about one dollar a gallon,” Kirby said.