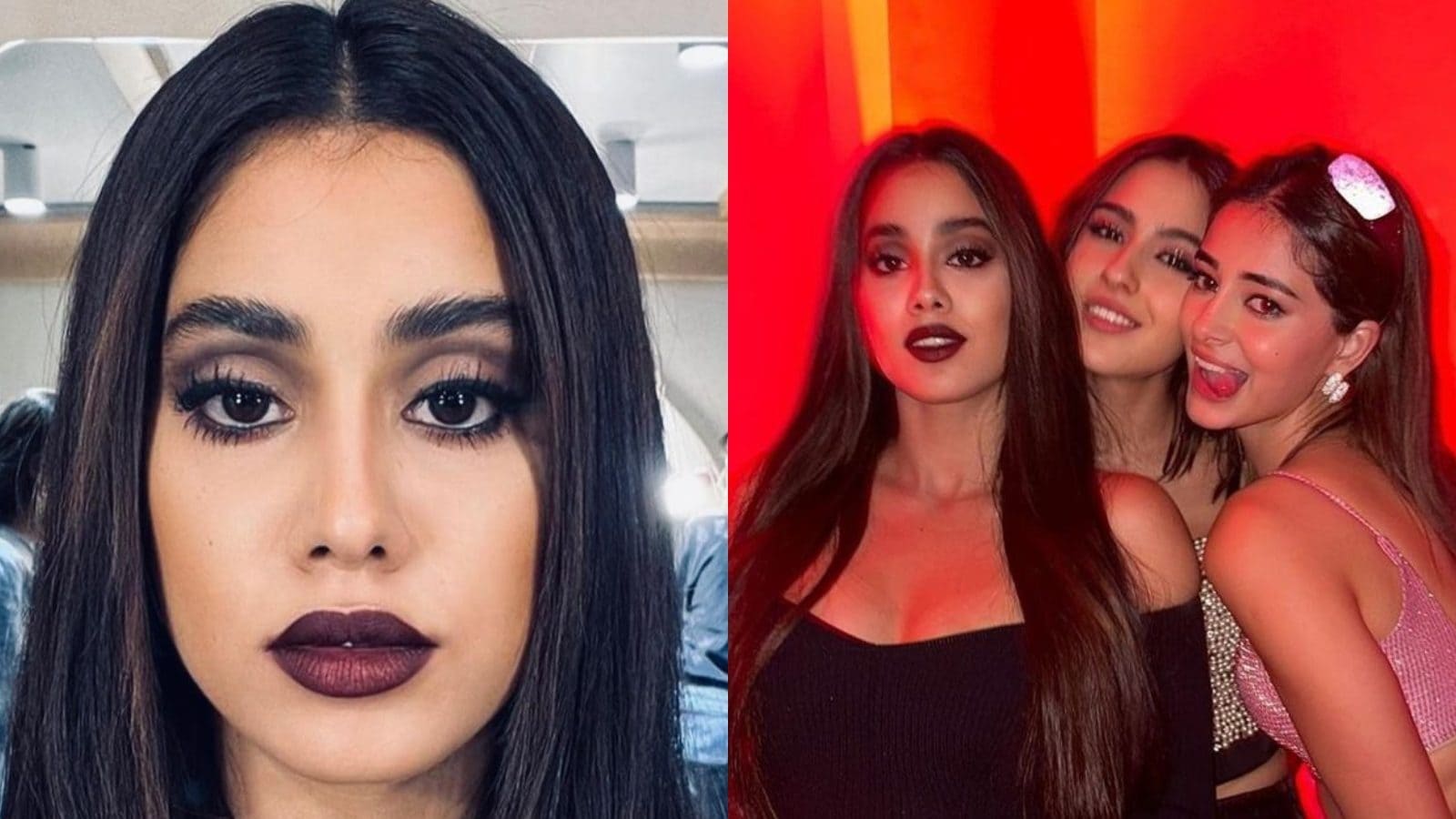 
Socialite Orhan Antawamari hosted a Halloween bash last night and the who’s who of Bollywood’s young brigade turned up for the party. Janhvi Kapoor looked stunning as she attended the bash in a figure-hugging black dress. Other than Janhvi Kapoor, Sara Ali Khan, Ananya Panday, Navya Nanda, Ahan Shetty, Aryan Khan and Ibrahim Ali Khan was seen arriving at the party on Saturday. Janhvi never goes out of style. Even her Halloween look made for quite a stylish appearance, and she transformed into one of the much-loved characters – the stunning Morticia Addams from the television series The Addams family.

The Mili actress took to Instagram to post some stunning pictures from the bash and we are all for it! She arrived at the venue in an all-black bodycon dress; her long luscious strands were evenly parted from the middle. She sported bold makeup with kohl-rimmed eyes and dark lips. By sharing a few pictures of herself from the party along with a picture of the fictional character Morticia Addams from the television series The Addams Family, the gorgeous star confirmed that she was indeed playing Morticia from the show. The ghoulish character of Morticia Addams has been portrayed by many actors over the years, but the one Janhvi picked was played by Anjelica Huston. Her picture holding a vintage teapot set is a part of pop culture. Taking to the captions, she wrote, ” 👻 boo.”

Janhvi also shared a picture mingling with Sara Ali Khan and Ananya Panday. The trio looked stunning while posing next to each other.

Janhvi Kapoor was seen walking hand-in-hand with rumoured boyfriend Orry at the party. Their pictures from the spooky party have now gone viral on the internet. Well, this is not the first time Janhvi and Orry have grabbed eyeballs. While socialite Orry is friends with many Bollywood stars, his intimacy with Janhvi Kapoor has become the talk of the town. Well, Janhvi has never confirmed her relationship, but her PDA with Orry has proved otherwise.

On the professional front, Janhvi is gearing up for the promoting her upcoming film Mili. Also starring Sunny Kaushal, the film marks Janhvi’s first collaboration with Boney Kapoor. The film will release on November 4 and will clash with Katrina Kaif, Siddhant Chaturvedi and Ishaan Khatter starrer Phone Bhoot at the box office. Other than Mili, Janhvi also has Bawaal and Dostana 2 in her pipeline.