More
HomeNewsIs all well for Indian IT companies? What Accenture's results indicate
News

Is all well for Indian IT companies? What Accenture’s results indicate 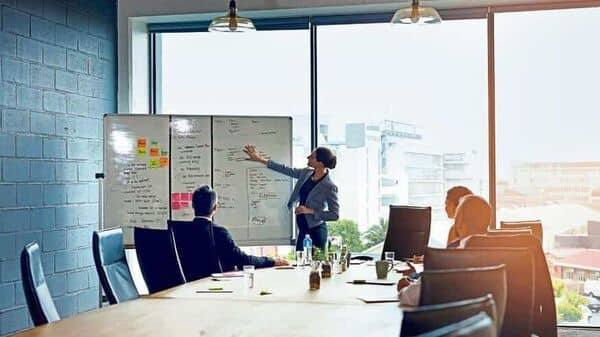 US-based IT giant Accenture’s earnings are often seen as an indicator of the performance of the Indian IT sector. Accenture has yet again delivered higher-than-expected revenue growth despite a harsher currency headwind of 5% than the expectation of 4%.

The IT company’s management has raised revenue growth guidance for a third consecutive quarter despite the increase in currency headwind from 3% to 4.5% for FY22. Its bookings were strong too.

Edelweiss prefers HCL Tech, Infosys and Tata Consultancy Services (TCS) among the large-caps and Coforge, LTI and Mindtree among midcap IT stocks. Among small caps, it prefers Zensar Tech, Birlasoft and Firstsource Solutions.

Indian IT stocks have recently been under pressure amid the current market selloff. Recession fears leading to possible reductions in IT spending by clients has also dampened the sentiment of the investors. Recently, global brokerage and research firms JPMorgan and Nomura have downgraded Indian IT sector, and also trimmed earnings estimates for FY23.

Analysts at brokerage JM Financial said that Accenture’s results confirm the ‘All’s well for now’ thesis for Indian techs despite increasing concerns of hit on IT spending given a weak macro set up.

“That said, Accenture continues to emphasis ‘compressed transformation’ imperative for clients, strong pipeline and ‘no change in decision making patterns’ although suggests that ‘cost optimisation’ is also gaining currency in client priorities, which should augur well for offshore techs,” they added.

Infosys and HCL Tech are the brokerage’s top stock picks amongst Tier I techs, while Mphasis, Persistent Systems amongst Tier II ‘s and Zen Tech and Firstsource amongst small caps.

Even though Accenture’s decent Q3 earnings provide some good news, one cannot completely take away slowdown concerns, analysts added. Attrition, that has remained high and risky, has been a rising concern for the industry. Accenture’s net hiring number at 12,000 is the lowest one has seen in the recent quarters, and the uptick in the company’s attrition rising to 20% during the quarter, from 18% in the last quarter, was led by India.