HomeNewsIndia's first electric highway is likely to come up between Delhi and...
News

The Centre is in talks with foreign firms to seek help to build India's first electric highway. Union Minister Nitin Gadkari wants it to be laid between Delhi and Jaipur first. 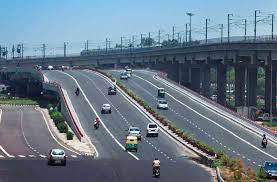 Nitin Gadkari, Union Minister for Road Transport and Highways, has said that India’s first electric highway is likely to come up between Delhi and Jaipur soon. Gadkari said that his ministry is already in talks with a foreign company to construct the highway between these two cities.

Besides the Delhi-Jaipur stretch, talks are also on with a Swedish firm for electric highway stretch on Delhi-Mumbai Expressway.

Gadkari has urged foreign investment in the highways sector and had earlier invited EU to build electric highway in the country. He said that 22 green expressways were on the anvil and work has already started on seven of them.

“It is my dream to build an electric highway from Delhi to Jaipur. It is still a proposed project. We are in discussion with a foreign company,” Gadkari was quoted by news agency PTI as saying.

Gadkari also said he aims to bring an end to use of petrol and diesel and transform public transports like buses and trucks to electric vehicles soon.

Earlier, Nitin Gadkari reviewed the progress of Delhi-Mumbai Expressway, which is expected to reduce time taken to travel between the two cities by road by half from nearly 24 hours. He also announced that the distance between Jaipur and Delhi will soon be completed in just two hours.

According to the National Highways Authority of India (NHAI), the travel time between Delhi and Jaipur will be reduced by March next year.

By then, NHAI hopes that the Sohna elevated road, currently under construction, and the Sohna-Dausa stretch of the Delhi-Mumbai Expressway will be completed and be signal-free for commute.

State Bank of India (SBI), Bank of Baroda (BoB) Mega e-auction of properties on 25 and 22 October.

UP Government to give 20 lakh free laptops. How to Apply