More
HomeNewsIndians are fighting racism in the UK, US yoga centres
News

Indians are fighting racism in the UK, US yoga centres 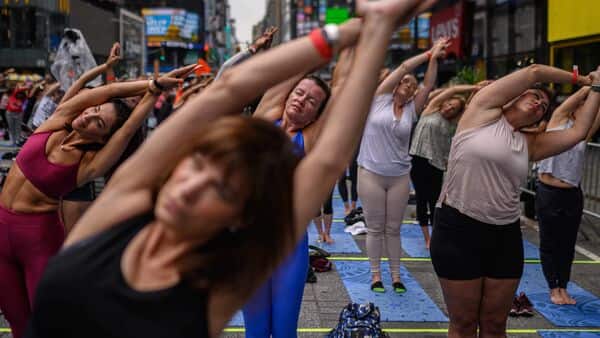 Even as we think that celebrating yoga is a great act of unity, racism is an everyday part of life if you are a woman of colour employed in the wellness space. Coming forward with such a plight, Asian-American Yoga instructor Ingrid Yang expressed, that being the only Asian American kid in my grade school she felt ashamed of her dark hair and darker-toned skin and similar fright hovered over her once again when she discovered yoga in her early 20s. “Yoga ads—and many of the classes I attended— were filled with more blonde-haired, blue-eyed yogis. Once again, I felt isolated in my otherness,” she adds. From then on, it took immense perseverance and self-confidence to continue to do what she loved.

An everyday challenge across the globe

Yang is not the only one, there are several others world over who came face-to-face with such discriminatory attitudes.

Sue Forde, one of a growing number of black and minority ethnic yoga teachers and practitioners, pointed out that racism is a continuous challenge in British yoga organisations. Many members in the organisation experienced inappropriate touching of, and comments about, their bodies and hair in classes, as well as crass racial stereotypes, such as Indians being ‘naturally bendy’, and ignorance of yoga’s sacred texts, including the Bhagavad Gita. “Recently, in a class, this discussion sprang up about whether black women have a bigger tendency to a pelvic tilt. You think: ‘Oh, please don’t bring this into the yoga room,’” Forde commented, as quoted by Guardian.

A BMJ Open report in this regard  said, “Yoga practitioners are consistently more likely to be women, white, educated and of higher socioeconomic status.” In fact, 87% of practitioners who responded to the survey were women, and 91% were white.

Problem persists in India too

Even in India, which is known to be the land of yoga, celebrated trainers like Malaika Arora and Shilpa Shetty are often trolled for what they are wearing while practicing yoga than being appreciated for striking the correct posture.

Pointing out how deep-rooted the problem is, Yang clarified, Violent events like the tragedy in Georgia make headline news, but Asian Americans face daily micro-aggressions in wellness spaces that we must choose to ignore or “let slide.”

There is still hope

But there is still hope. Israeli historian Yuval Noah Harari, best known for his book – Sapiens: A Brief History of Humankind, in an interview, once describe feminism to be one of the greatest forms of revolution, the world has seen. “It took 100 years of non-violent resistance to reach where it is today.” In that line of thought, Yang, Forde and a few others have started raising concerns about racism at the wellness space. Yet, they have a far way to go.