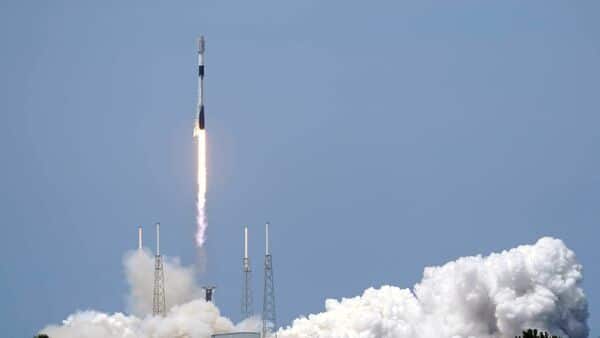 The payloads would fly onboard PSLV Orbital Experimental Module (POEM) of PSLV-C53 scheduled to be launched on June 30.

IN-SPACe is an autonomous, single window nodal agency; formed to promote, authorise, monitor and supervise the space activities of Non-Governmental Private Entities (NGPEs) in India. On 10 June, In-SPACe the headquarters in Ahmedabad was inaugurated by PM Modi.

Digantara research and technologies is engaged in development of end-to-end solutions focused on safe and sustainable space operations through its Space Situational Awareness sensor network, platform and data products. PSLV-C53 is the 55th mission of ISRO’s scheduled to be launched on June 30 at 18:00 hours IST from Satish Dhawan Space Centre, Sriharikota.

According to Goenka, Digantara will launch a weather satellite which will be used for weather monitoring from space using their patented technology. Dhruva Space, he said, will test its Satellite deployer technology which in future can be deployed for international customers.

“This is just the start of the exciting times ahead for the Indian space sector. IN-SPACe is delighted to facilitate (the) private sector’s participation in this journey,” Goenka added. Dhruva Space CEO, Sanjay Nekkanti the PSLV C53 mission is a key milestone in the journey of his start-up.

“The mission will demonstrate the in-house developed CubeSat Deployers ahead of the launch of our Satellite Missions, Thybolt-1 and Thybolt-2, onboard the PSLV C54 Mission. This will also enable Dhruva Space to support international clients with CubeSat Deployers, Integration and Launch Services,” he said.

“To realise Digantara’s goal of delivering accurate orbital insights to ensure continued safe space operations, support from the government will play a key role in accelerating innovations. This launch serves as an excellent illustration of how such support hastens innovation,” CEO and Co-founder Digantara, Anirudha N Sharma said.

It also supports the ministries with G-Governance applications.

“The training is free, webinar-based, and scheduled for July 12-14, 2022. It targets to benefit undergraduate and postgraduate students, professionals in government organisations, start-ups, private firms etc,” an ISRO statement said.

Meanwhile, on the 90th Mann ki Baat, PM Modi highlighted the strides made by Indian startups in the space sector and said the country cannot lag behind as youth is ready to touch the sky.

He said, “During one’s childhood, stories of the moon and stars in the sky attract everyone. For the youth, touching the sky is synonymous with making dreams come true. Today, when our India is touching the sky of success in so many fields, how can the skies, or space, remain untouched by it! In the past few years, many big feats related to the space sector have been accomplished in our country.”

“One of these achievements of the country has been the creation of an agency named In-Space, an agency that is promoting new opportunities in the space sector for the private sector of India,” he stated.

He said until a few years ago hardly people thought of startups in the space sector in India. But today the number of such startups has crossed 100.

Prime Minister mentioned about two start-ups – Agnikul and Skyroot from Chennai and Hyderabad which are developing launch vehicles that will take small payloads into space. Through this, the cost of space launching is estimated to come down significantly. He further mentioned Hyderabad-based startup Dhruva Space which is working on high-technology solar panels for satellite deployers and satellites.

PM Modi talked about Tanveer Ahmed of Digantara, another space startup that is trying to map waste in space. Both Digantara and Dhruva Space are going to make their first launch from ISRO’s launch vehicle on June 30.

(With Inputs from Agencies)