More
HomeSportsIndia vs Pakistan vs South Africa: Which team will qualify for the...
Sports

India vs Pakistan vs South Africa: Which team will qualify for the semi-finals? 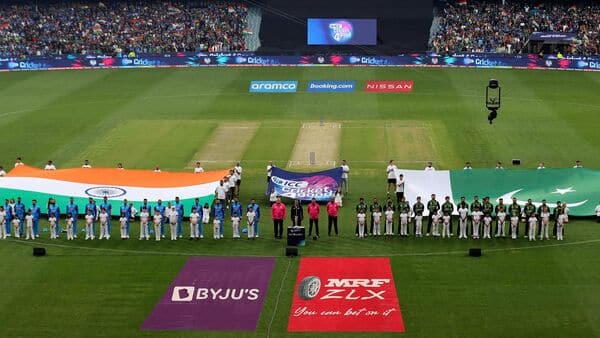 After beating Asian Champions Sri Lanka on Saturday, England became the second team to qualify for the semi-finals after New Zealand from Group 1. But, things are not that simple in Group 2, where no team can claim for sure that they have qualified for the top-four contest.

Let’s take a look at the chances of the top 5 teams in Group 2, to qualify for the semi-finals:

South Africa: The team has played 4 matches and currently has 5 points on the table. It will play against the Netherlands on Sunday and need this win to have any hopes regarding the qualifications for the semi-finals. Rains, which have been constant spoilers for South Africa can also play a big part here as if the match gets abandoned due to rains, Pakistan will have better chances at qualifying.

Bangladesh: The team has played 4 matches and currently has 4 points on the table. Bangladesh has negligible hopes to qualify for the semi-finals as their Net Run Rate (NRR) is also -1.276. The only miracle which can put it into the semi-finals is that the sum of the margins of the results of two games – Bangladesh beating Pakistan and Zimbabwe beating India will have to exceed 150 runs and both events seems very unlikely. Moreover, South Africa’s win against the Netherlands can also spoil its chances.

Zimbabwe: Keeping everything constant, if Zimbabwe beat India in Melbourne on Sunday, it can be at an equal pedestrian with Pakistan and Bangladesh, but even a single point to any of the teams with ruin it for them. Even if it does not, with an NRR of -0.313, Zimbabwe needs to defeat India by more than 50 runs and hope the Netherlands defeats South Africa by a similar margin. So, the chances of Zimbabwe qualifying for the semi-finals are as close as Babar Azam getting back his form.

Pakistan: After defeating South Africa, the hopes for Pakistan are back but it still needs outside help to qualify. The hopes of Pakistan are also alive as they have the best NRR in this Group, an NRR of 1.117. Apart from beating Bangladesh in their next match, for Pakistan to qualify, first of all, India should lose to Zimbabwe and with a superior NRR, Pakistan will go on top. Secondly, South Africa should also lose or have their match abandoned, as even if South Africans win one point, the points of Pakistan and South Africa will be the same, i.e. 6 and as Pakistan has won three matches against South Africa’s two, Pakistan will qualify. (Before NRR, the winnings of the teams act as tiebreakers).

India: We are almost there, at least one point tomorrow and India will qualify for the semi-finals. Even if India loses, either the Netherlands’ win over South Africa or Bangladesh’s win over Pakistan (within a lower NRR) will ensure India’s qualification.