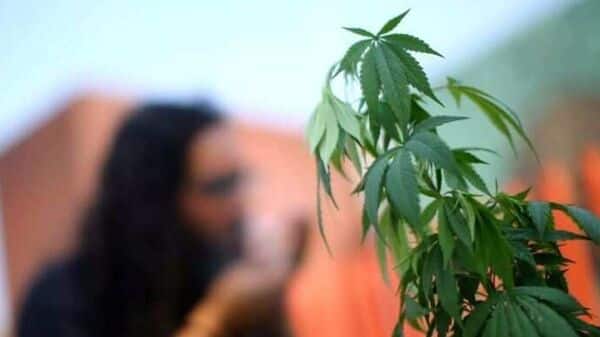 This is good news for the UNODC as well. This shows the effectiveness of law enforcement’, Billy Batware, Program Officer of United Nations Office on Drugs and Crime (UNODC), said here on Friday. He was speaking at a panel discussion on the concluding day of the international forum on drug-free childhood.

As per the World Drug Report 2021, in the past 24 years, potency of cannabis has increased as much as four-fold, he said at the conclave themed ‘Children Matter— Right to a Drug-free Childhood’ organised by Fourth Wave Foundation (FWF) in partnership with United Nations Office on Drugs and Crime (UNODC) and World Federation Against Drugs (WFAD).

Batware urged the youth to creatively use their voice to reach out to the most vulnerable and susceptible sections of society to effectively root out the rising menace of drug abuse among children. Amy Ronshausen, International President, WFAD, USA, speaking at a panel discussion on ‘The cannabis conundrum- World marketing targeting children’, said how in her country these substances are made easily accessible to children and women in the form of candies, syrups and energy drinks.

“Women are often used to market marijuana in the US. There has been a 100% increase in pregnant women using marijuana between 2015 and 2018. Also, these harmful substances have been normalised among women in the form of make-up products and premenstrual syndrome (PMS)relief pills”, she added.

Noting that big tobacco and marijuana businesses employ the same tactics, Carlton Hall, President and CEO, Carlton Hall Consultancy, USA, said the normalisation of cannabis and marijuana equals the invisibility of the dreadfulness of these substances.

“Though a relentless marijuana lobby insists that these products are not especially attractive to children, they continue to block controls on advertising, labelling, shape and colour”, he said.

In his keynote address on ‘Drug free childhood- Multi Stakeholder collaboration’, C Balagopal, Chairman of the Board, Federal Bank, called for multi stakeholder engagement in tackling substance abuse among children. “Any societal change can only happen at the bottom level. So, governments should mobilise all sections of society and local communities to wean away children from drug abuse”, he added.

Speakers at a session on ‘influence of digital & visual media’ said any kind of glamourisation, glorification and normalisation of drugs through media is fraught with severe consequences for the society. Participating in the session, Manoj K Das, Managing Editor, Asianet News, Mr Joe A Scaria, former Senior Assistant Editor, The Economic Times, and Jisha Surya, Special Correspondent, News9, and Parthan Mohan, film director, focused on what more media as a major social institution should do to spread the message against drug abuse subtly, intelligently and sensitively.